Since the closing of the Springfield Middle School Auditorium due…

The Robertson County Players announce they are moving to Springfield High School in Springfield to perform their 2014 season of productions.

Since the closing of the Springfield Middle School Auditorium due to issues there, we knew we needed to find another venue to continue to bring quality community theater to Robertson County. Dr. Grimes, his staff and the teachers could not have been more welcoming or cooperative.”

Atchley went on to say, “while we will miss our Middle School Auditorium home this year, we are excited about the opportunity to perform in a different venue. However, as it was with the Springfield Middle School, the RCP will partner with Springfield High School to help promote its students. teachers and its mission ‘to create a challenging environment where students learn and achieve.’ We are thrilled to help contribute to the learning environment at SHS, all the while providing quality theater to the community.”

First up for the Players will be the Pulitzer Prize winning comedy Harvey. This hilarious comedy will be performed over two weekends, March 6, 7, 8, 13, 14 and 15. Harvey first performed by the Players in 1984 is filled with one of the best acting ensembles ever fielded by the group and is under the direction of Tammy Brown. 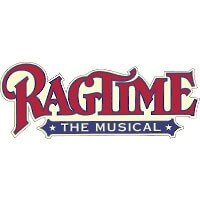 The second production of the season Ragtime will be held in July. Ragtime, a rollicking, music filled Broadway style show will be under the direction of acclaimed choreographer and actor Bakari King. The music direction duties will be handled by local composer and noted musician Shane Shoemaker. Ragtime will feature a cast of over 60 and a full orchestra.

The third production of the season to be performed in the Fall will be another Pulitzer Prize winner, Harper Lee’s To Kill A Mockingbird under the direction of Guy and Judy Stanley. The Stanley’s noted educators themselves, are excited to bring this masterpiece of American literature to RCP audiences that was made into an Academy Award – winning film. 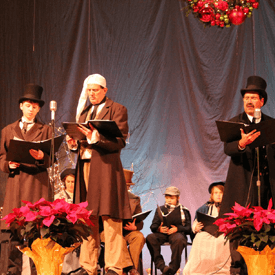 Rounding out the season in December will be the Players musical spin on the famous Charles Dickens classic Christmas story entitled, A Southern Christmas Carol. Set not in Victorian England but in Springfield, Tennessee during the height of the Depression. Instead of Scrooge and Marley’s Money Lenders, it will be Scrooge & Marley’s Tobacco Company. This original musical will be under the direction of veteran RCP director Connie Smith.

The Players are also continuing with their “Playing It Forward” fundraising campaign for the Springfield Middle School Auditorium. One dollar of every ticket sold to a 2014 RCP performance goes into a fund set aside to help restore the Auditorium to it’s original 1938 design.

RCP Board Member Ronny Noles said, “we plan to redouble our efforts regarding the fundraising campaign and to continue to work with SMS principal, Dr. Grant Bell and Director of Schools Mike Davis plus elected officials to ensure that the Springfield Middle School Auditorium will continue to be an incredible entertainment and cultural venue for our community for years to come.”