ORLINDA TENNESSEE: (Smokey Barn News) – Orlinda and Milldale area residents are without power Sunday evening due to a motor vehicle accident that occurred in the 8000 block of Hwy 49 near Belt Rd (MAP) involving a utility pole.

The call came in to 911 at 9:15pm. Several hundred customers are without power. 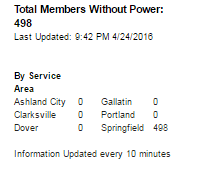 According to Orlinda Fire Chief Dusty Johnson, both occupants (a 21 year old male and a 19 year old female) sustained serious injuries and were transported to Skyline medical center.

Hwy 49 is currently closed at Belt Rd  until crews can remove down power lines from the roadway and restore power.

CEMC officials are on the scene working hard to restore power.

The THP is in charge of the investigation. They are indicating that the cause of the accident is still under investigation but preliminarily it appears that the driver lost control in a curve and struck a utility pole.

UPDATE: Through the two occupants were injured and will require further medical treatment, they have both been released from the hospital and, according to the mother of one of the occupants, are doing well. 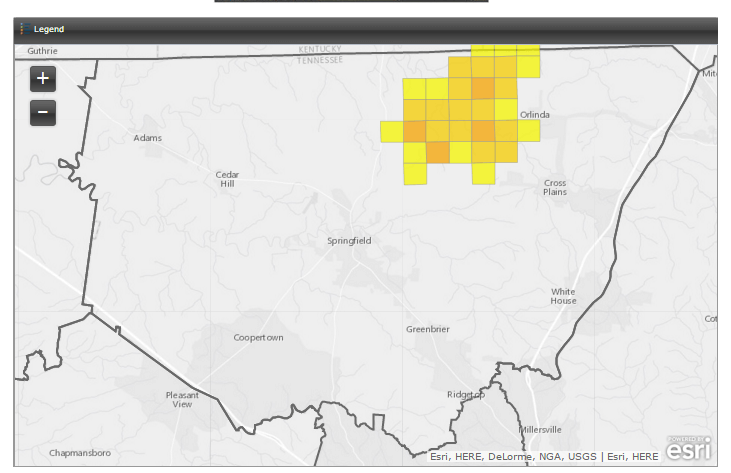