ADAMS TENNESSEE: (Smokey Barn News) – An investigation into the death of 62-year-old Floyd Dean “Dena” Swift in Adams, TN by the Robertson County Sheriff’s Office has led to the arrest of Eulah Gerecht, for First Degree Murder, Aggravated Neglect Elderly, and Tenn Care Fraud, according to a release from the agency Friday.

According to the Sheriff’s office, autopsy results received in August 2019 for Dena Swift’s death on March 21st, 2019 ruled her death a homicide with cause of death due to malnutrition and dehydration. The investigation determined that Eulah Faye Gerecht, 73, of Adams served as Dena Swift’s primary caregiver for many years. This case was presented to the Grand Jury of Robertson County where indictments were issued for the charges listed below.

Gerecht has been charged with First Degree Murder, Aggravated Neglect Elderly x2, Tenn Care Fraud. Her bond has been set at $200,000.

As of 1:30pm Gerect was still being processed in the Robertson County detention facility in Springfield. 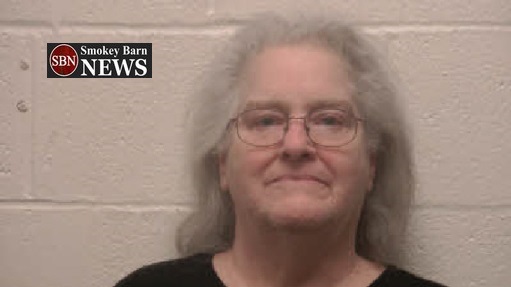