GREENBRIER TENNESSEE: (Smokey Barn News) – On May 12 Greenbrier Police Officers responded to the area of Sunday Silence Drive and Easygoer Lane on a report of shots being fired. A subsequent investigation revealed that an attempted home invasion had occurred at a residence on Easygoer Lane by one white male, one black male and one Hispanic male.

An occupant of the residence apparently fired shots from a .40 caliber pistol into the ground during this event. According to Greenbrier Police Chief K.D Smith,  the resident of the home is known to the local police and “We were aware of certain activities taking place concerning the individual involved in this incident.”

Chief Smith went on to say that he is “very proud of, and commends Detective Chris Jones and Officer Daniel Consiglio for their excellent work on this case. “With the full support of the mayor and city administrators, and the public at large we are continuing to target drug-related activity in our community.”

The investigation revealed that the resident of the home was engaged in illegal drug activity. While the officers were investigating the shooting, approximately 215 grams 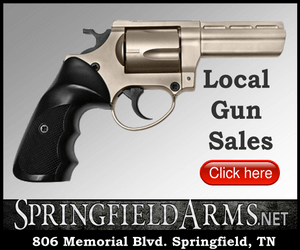 of marijuana packaged for resale was recovered from the residence along with prescription drugs. A .40 caliber pistol was also seized along with numerous items of drug paraphernalia, and a coffee creamer can containing a false bottom which contained narcotics.

The resident of the home, Eric Anthony Sides, age 19, was arrested and charged with possession of marijuana for resale, reckless endangerment, possession of drug paraphernalia, and possession of schedule IV narcotics. He was placed in the Robertson County Jail under a $16,500.00 bond.

The investigation into the identity of the three individual involved in the attempted home invasion is continuing. Anyone with information is asked to call Detective Sgt. Chris Jones at (615) 643-4437.