Silver Alert: Have You Seen This Man?

DONALD WILSON was located and is safe.

After the Silver alert and media coverage were sent out, Clarksville Police received information that Wilson may be headed to the airport. Nashville Airport Police were contacted and Wilson was found at the airport and will be returning home.

Thanks to all for your assistance.

CLARKSVILLE TENNESSEE: (Smokey Barn News) – Have you seen this man? Authorities are asking middle Tennessee communities, as well as surrounding states, keep an eye out for him. 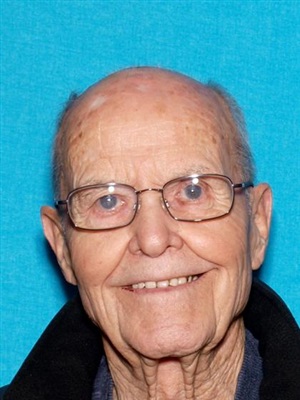 He was reported missing by his spouse on 2/6/18, around noon. She left the house, returned home, and Donald Wilson was gone.

Mr. Wilson has Alzheimer’s and his spouse believes he left on foot.

The last time he left, he took a bus to Florida and was located by Orlando Police.

He was last seen wearing blue jeans and a yellow Columbia jacket. He may also be carrying a lime green bag.

His spouse has no idea where he might be headed this time.

A BOLO was completed and Mr. Wilson was entered into NCIC with a Silver Alert being activated.