A Springfield man was flown via Air Evac Tuesday for treatment… 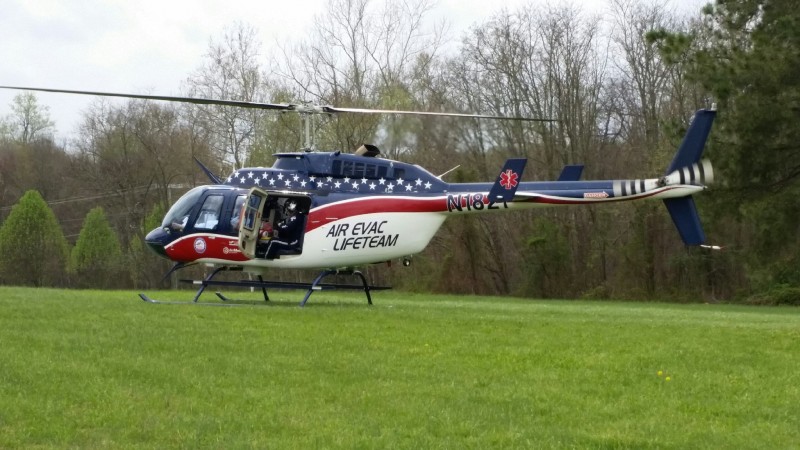 A Springfield man was flown via Air Evac Tuesday for treatment after he fell off a ladder. As we understand it, the man was unconscious after the fall.

The accident occurred at a private residence in 6700 block of Owens Chapel Rd. The call came into 911 at 11:39am and by 12:40pm Air Evac was already in the air with the patient.

According to Russell Gupton EMS Assistant Director, the man fell about 18 feet and landed on a gravel driveway. He was trimming a tree and the ladder gave way. He was unconscious at first but a friend provided assistance and the man regained consciousness and was able to move and communicate with medics.

It was not looking like a serious spinal injury, Gupton said. “He will likely be in the hospital for a while but after that he may be OK.”

Smokey Barn News’ thoughts and prayers are with the man and his family at this time. As soon as we have more info we will bring it to you.