A Springfield man was severely burned in a garage fire….

A Springfield man has died after being severely burned in a garage fire New Years Day. The incident took place around 1:30PM at the intersection on 15th and Parham St. 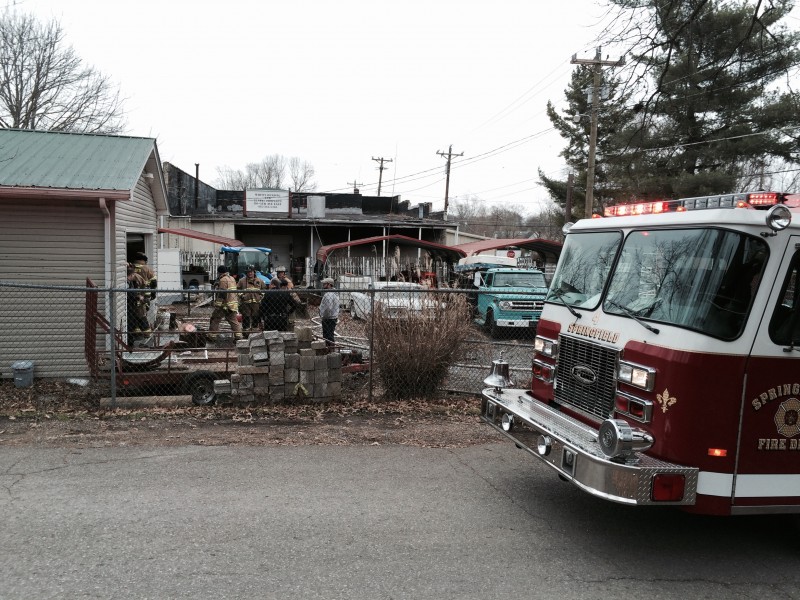 When officers arrived, Eddie Chapman age 76 of Springfield, was found sitting in a chair under a carport. All of his clothes had been burned off and he had severe burns over his entire body.

In conducting an investigation, officers discovered that Mr. Chapman had been working on a vehicle inside the garage at the time the accident occurred.

The property is owned by Martin Bonding, the Martin family told Smokey that Chapman uses the garage to repair vehicles from time to time.

According to Springfield Fire, the fire was contained largely to the contents of the structure.

Eddie Lee Chapman worked for the City Of Springfield’s Water Department for many years. He was also a body man (automotive body technician) and painter for as long as long time friend Tommy Hoge can remember. “Eddie Lee performed quality restoration work on some of my father, Lawrence Hoge, Jr.’,s antique cars. Eddie Lee has always been a kind, hard working man who over the years, had faced his own cancer battle. His strong, Christian faith was reflected in his actions and community involvement,” Hoge said.  “We hope he makes a full recovery”

UPDATE: As of 6:30PM Mr. Chapman was listed in critical condition.

UPDATE: According to a representative with Vanderbilt Medical Center, Mr. Chapman died at 7:30PM.

The Springfield police department along with the Springfield Fire Department are conducting an investigation. Anyone with information regarding this incident is encouraged to contact Springfield Police at 615-384-8422

Smokey’s thoughts and prayers are with Eddie Chapman and his family as they deal with his sudden loss..

“We would like to thank everyone for their thoughts, prayers, words of comfort, and acts of kindness during our time of bereavement.” The Chapman Family

Services for Mr. Chapman will be held at Springfield Baptist Church located at 400 North Main Street in Springfield on Saturday January 10th. Visitation will be from 10:00AM until 1:00PM.  Services will begin at 1:00PM.  The family will arrive at 11:ooAM.