UPDATE: Bond set for the charge of Aggravated Robbery

SPRINGFIELD TENNESSEE: (Smokey Barn News) – Springfield Police have confirmed that a suspect is in custody following a robbery that occurred at the Park Circle Market on Memorial Blvd in Springfield Monday evening.

No one was injured in the robbery that occurred around 6:36 pm. Park Circle Market is located at 1616 Memorial Blvd, in Springfield. MAP

UPDATE: According to Springfield Police, the suspect, now identified as Blake Baird, age 29, of Springfield,  allegedly entered the Park Circle Market wearing a gray hoodie with his face partially covered, armed with a handgun and demanded money. 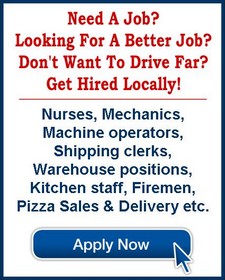 Police allege that Baird took an undisclosed amount of money and fled on foot.

In conducting an investigation, Detective Charles Bogle arrested  Baird and charged him with Aggravated Robbery and Felony Theft.

Anyone with information regarding this incident is encouraged to contact Springfield Police at 615-384-8422 or Crime Stoppers at 615-382-3799. All information is anonymous.