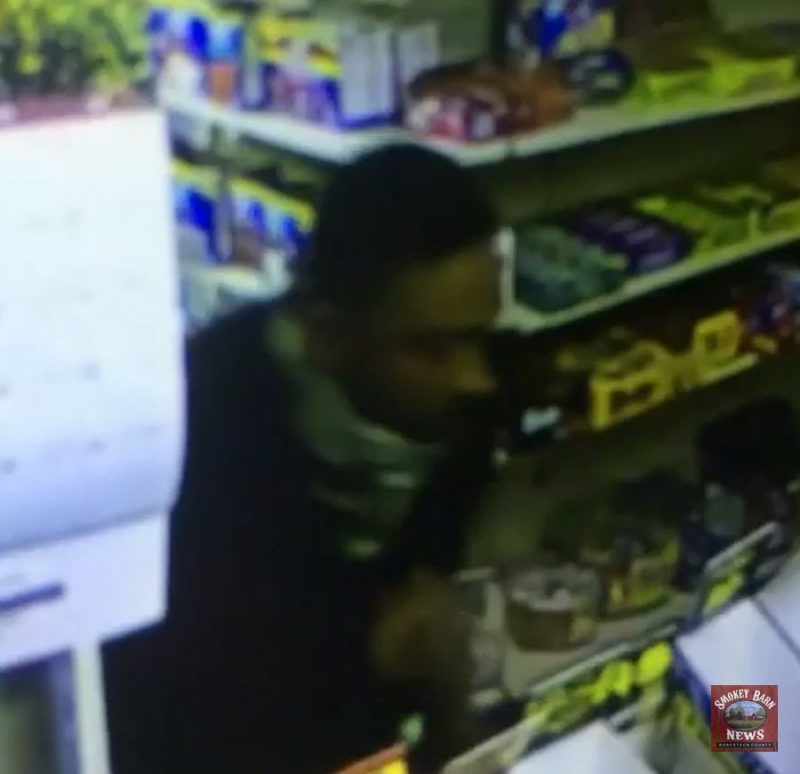 Police say that just a little after 10:p.m. a man ran in the door of the Korner Market, located on the corner of Main St and 18th Ave MAP, and pointed a gun at the clerk. Police say the clerk reached for the gun to try and push it away and the two went to the floor in a life and death struggle over the gun. The suspect fired the gun three times hitting the clerk two or three times in the upper thigh and hip area.

Police say the clerk is the store owner, Aliradhi “Ali” Alziyady, and is well known in the area. As he was being loaded into the ambulance a neighbor yelled out “We love you Ali” and Ali was able to wave back. Ali was transported to Skyline Medical Center in Nashville and was conscious and speaking to medics. UPDATE: Smokey Barn News has confirmed that Ali’s injuries are not life threatening.

The suspect is described as a black male, 5’8 to 5’10 in height with a thin build wearing all black clothing and a white and black bandana and a black baseball cap which was recovered at the scene. Police say they found .22 caliber shell casings inside the store. Police say by the looks of the gun in surveillance video captured of the robbery, the gun appears to be a .22 AR 15, which is a compact AR 15 converted to shoot .22 rounds.

For all of his efforts, which included shooting an innocent man three times, the gunman got away with nothing.