Suspect In Custody – Greenbrier Man Robbed/Maced In His Driveway

GREENBRIER TENNESSEE (Smokey Barn News) In a case that shocked many in the Robertson County area, Greenbrier Police have taken a man into custody.

On Sunday Greenbrier Police took Keith Dywayne Nelson,  age 33 from Nashville into custody and charged him with aggravated robbery and as of Monday evening no bond had been set, according to Greenbrier Police Detective Chris Jones. 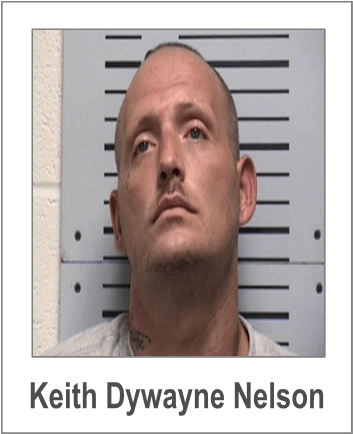 The victim (a male in his mid 50’s) was first assaulted and then maced during the robbery in which “A large amount of money was taken,” according to Greenbrier police. (Smokey Barn News has decided not to release the name of the victim.)

Greenbrier police told Smokey Barn News Monday afternoon that Nelson was placed in a lineup and the victim identified Nelson as the man that beat, robbed, maced and kicked him back on September 12th.

The incident occurred on Nunley St (MAP) around 7:00 a.m. and police have worked hard ever since to identity a suspect.

Jones said that the victim (new to Greenbrier) is still recovering from the injuries he sustained in the attack.

Anyone with information regarding the incident is asked to call Greenbrier Police at 615-384-4911.

All suspects are innocent until proven guilty in A court of law.