Tanker Crashes Through I-65 Overpass In Millersville

UPDATE 10:PM: I65 now OPEN/both North and South according to THP:

A tanker carrying silica pellets crashed through the railing on I-65 in Millersville Tuesday a little after 3pm.  The rig continued through the meridian and hit a wall of dirt causing the rig to turn end over end and landed onto Williamson Rd below the interstate overpass near Slaters Creek. There was some damage to the bridge on the southbound side of I-65 and the southbound lanes will remain closed until a structural engineer arrives on the scene to access the damage before re-opening the overpass. Two individuals near by pulled the driver from the wreckage before it caught fire. The driver was lifeflighted to Vanderbilt. Injuries Unknown.

UPDATE: 7:ooPM  Both north and Southbound lanes are CLOSED. The second rig on the South bound lane needs to be removed so they have re-closed I65 North. The rig’s load shifted. I65 North will be closed until THP completes their investigation.It could be as late as 8:00 or 9:ooPM before it re-opens. Williamson Rd. will be closed until late into the evening or morning.

UPDATE: The bridge has been cleared for use. Both North and South bound I65 should be open soon. 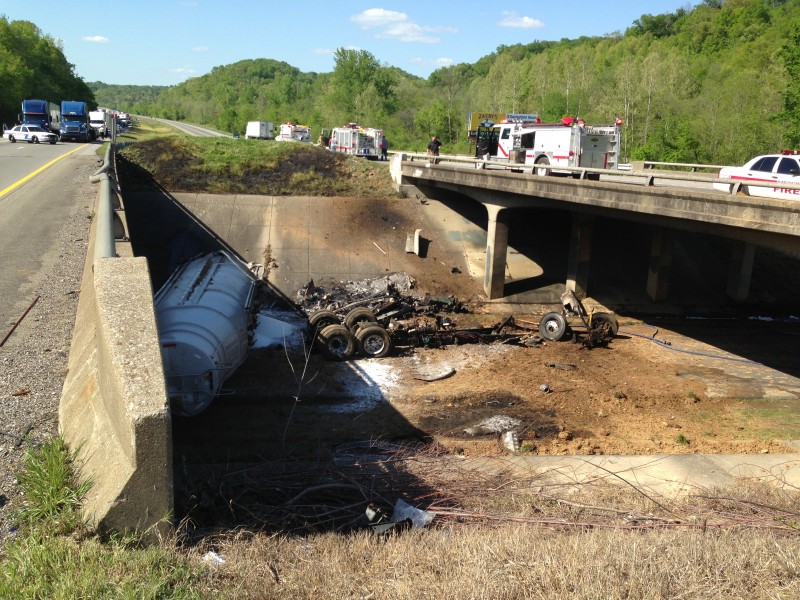 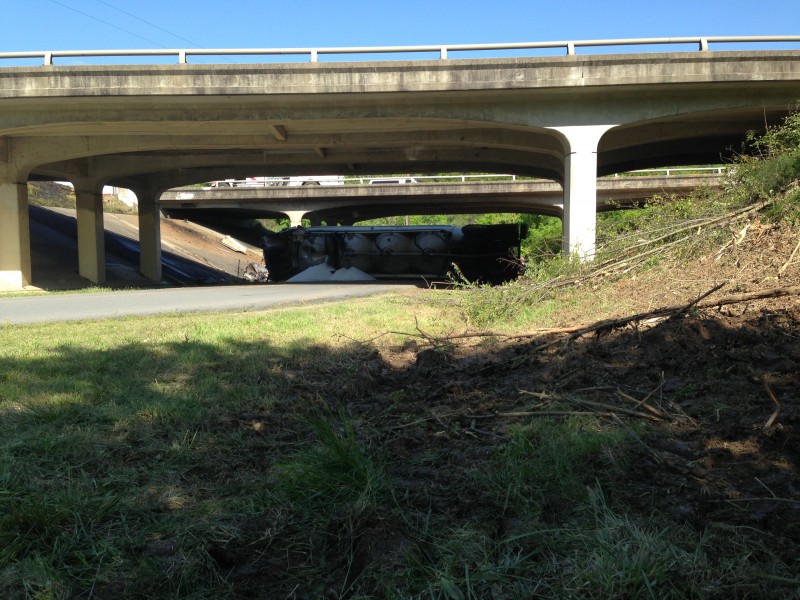 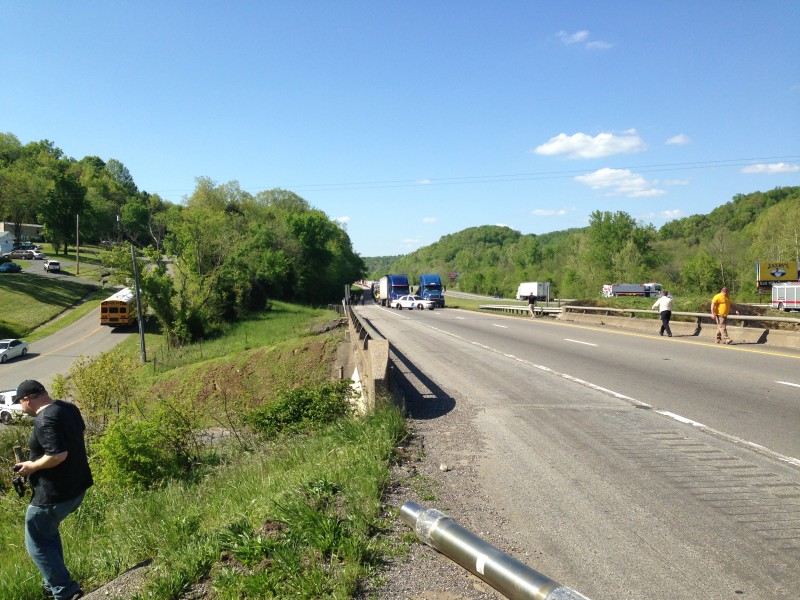 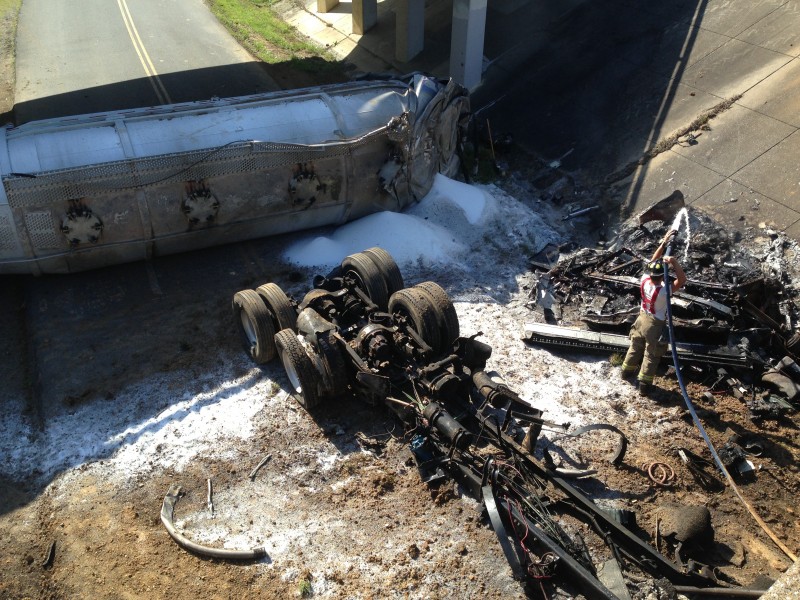