According to the school’s principal Dr. Grant Bell, She was in a lot of pain…

A Springfield Middle School teacher was hit by a bus in the parking lot of the school and subsequently transported to Vanderbilt Medical Center in Nashville. According to the school’s principal Dr. Grant Bell, Ms. Mary Slow 48 of White House was in a lot of pain “We don’t know how significant it is right now but we are very concerned” 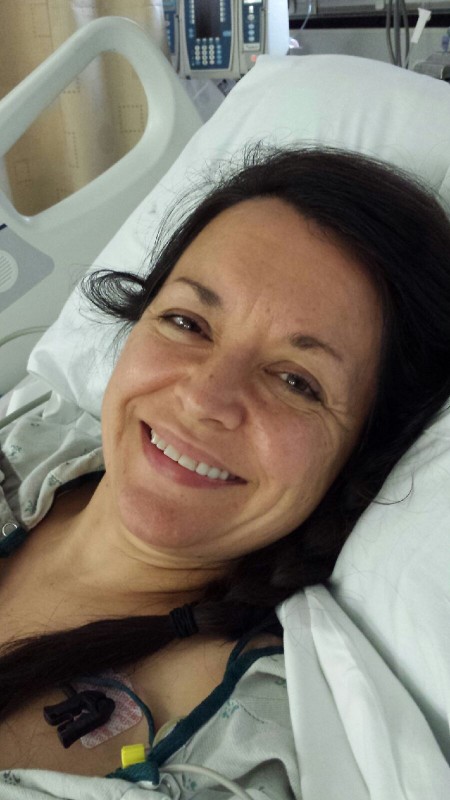 Ms. Mary Slow spoke exclusively to Smokey this morning from her hospital bed in the trauma center at Vanderbilt medical center in Nashville. Ms. slow went over her injuries with us, she was hit pretty hard, perhaps harder than anyone may have thought. She will definitely be in the healing process for some weeks and it will be months before she’s back to 100%.

Her injuries include, nine fractured ribs, multiple fractures to her pelvis (which she is scheduled for surgery to have a screw placed in to stabilize one of the larger fractures), she also has a fractured hip cup, dislocated shoulder, a minor spinal fracture at T7, a lacerated knee, a concussion, and a partial pneumothorax (collapsed lung).  It’s now easy to understand why Mary was in so much pain after the accident.

Mary said the bus was stopped and had just finished loading.  “The thought that went through my head was, by the time he closes the door and pulls out I’ll already be across. The next thing I knew I could hear the bus,  I turned and it was right there. There was nothing I could do” Ms. Slow said. 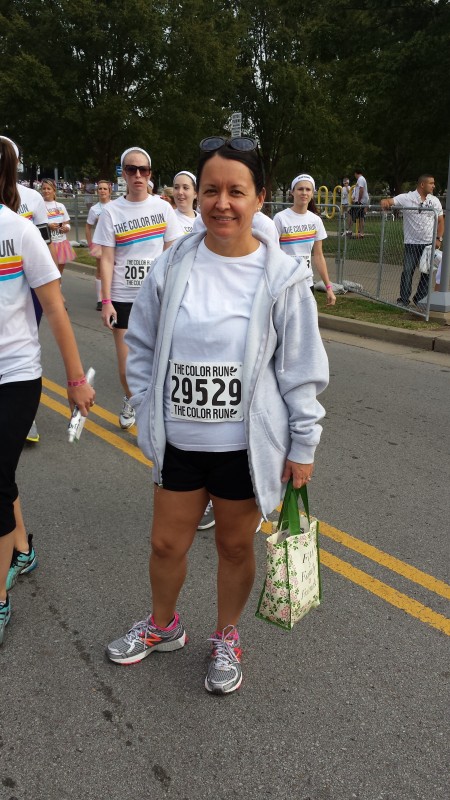 After the impact the driver did get the bus stopped fairly quickly because “I didn’t end up under the bus”, Mary said. “I’m not angry with the bus driver, accidents happen, I’m not interested in persecuting the guy, at this point my only concern is getting well” Mary is still in a lot of pain, it’s difficult for her to breath because of all her broken ribs. The rib pain was enough that Vanderbilt gave her an epidural to help her deal with the pain so she could breath a little easier.

Mary said she has a splint on her pinky finger and a “really banged up hand, but they said it’s not broken.” The loss of skin on her knee and hand was significant. Mary said she will likely carry permanent scarring. Mary’s an avid fitness person, she told us that she just ran a 5k. Her

husband Kelly told Smokey Mary’s also an avid motorcyclist and loves riding her blue 2005 Ninja 500. So needles to say, Mary is in pretty good shape which probably helped her fair a little better than some. Mary said she told her husband that “As soon as I saw the bus, the thought honestly went through my head, I’m dead”.

Mary was taking it all pretty well, she really seemed to have a great attitude and even joked about her final injury, five of her fingernails were broken. Mary and her husband Kelly’s first thought was to try to keep the severity of

her injuries quiet but rumors quickly spread over Facebook. She wanted to chat with Smokey and tell her story because, as she said it “If it’s going to be out there, I want the truth to be out there”.

On Thursday two teachers came from the school with a laundry basket full of cards, gift cards, a banner signed by the students and a quilted prayer shawl.  Springfield Middle school even had a moment of silence for Mary.

Mary told Smokey that she’s scheduled for surgery later on today and she’ll be happy to provide us updates on her progress.  Smokey would like to say thank you to Mary again for taking the time to chat with us even as she lay in a hospital bed in pain.

The surgery went well.  One screw was inserted into the back of Mary’s pelvis for the largest break.  There are several other breaks to the pelvis including the ball socket.  The surgeon indicated in pre-op that the bones were in a good position and he may not have to do anything with the front two fractures, so all that was required was one screw.

The school system is taking this accident very seriously, on Wednesday the Robertson County Schools transportation department did a reenactment of the accident in hopes of learning something to help prevent this kind of an accident from happening in the future.

As more updates become available on Mary or this story generally we will bring it to you.

Patrick Pendleton (26), the driver of the bus that struck a teacher as she walked to her car is being charged with; failure to exercise due care and failure to yield to a person in a cross walk, according to Lt Watkins, with the Springfield Police Department.

The charges follow an accident on Tuesday evening when the bus Pendleton was driving with 20 students struck Ms. Mary Slow as she was heading to her vehicle in the parking lot of Springfield Middle school. Mr. Pendleton has been a bus driver with the Robertson County School System since 2008. Pendleton’s court date has been set for January 13 2014.

As of 6:00PM Wednesday evening Ms. Mary Slow is still at Vanderbilt Medical Center in Nashville in stable condition according to a Vanderbilt media representative.

Mr. Pendleton has been a bus driver with the Robertson County School System since 2008. s. Mary Slow is a 7th grade Math teacher at Springfield Middle School, since July 2012.

According to the police report, the driver of the bus, Patrick Pendleton (26), was picking up (After School Program) students when he struck Ms. Slow as she walked to her vehicle in the parking lot.  The bus was carrying 20 students at the time of the wreck, but no one on board was injured. The wreck is still under investigation by Springfield Police.