SPRINGFIELD TENNESSEE: (Smokey Barn News) – One teen has died and another is in critical condition following a violent crash in Springfield Saturday night.

The accident occurred on Owens Chapel Rd at the Roy Cole Rd Baggett Rd intersection near Springfield just before 11 pm. LOCATION OF CRASH

According to officials, there were two occupants in the vehicle, a 19-year-old female who lost her life in the crash, she was pronounced deceased at the scene, and an 18-year-old male. He was transported to Skyline Medical Center In Nashville in Critical condition.

Owens Chapel Rd was closed for several hours while the Tennessee Highway Patrol, with the assistance of first responders, conducted their investigation during Saturday night’s thunderstorm.

As soon as the THP is prepared to release their findings and the identities of the teens, we will bring them to you. 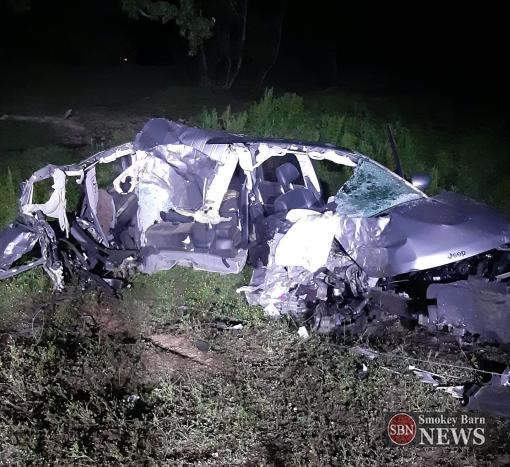