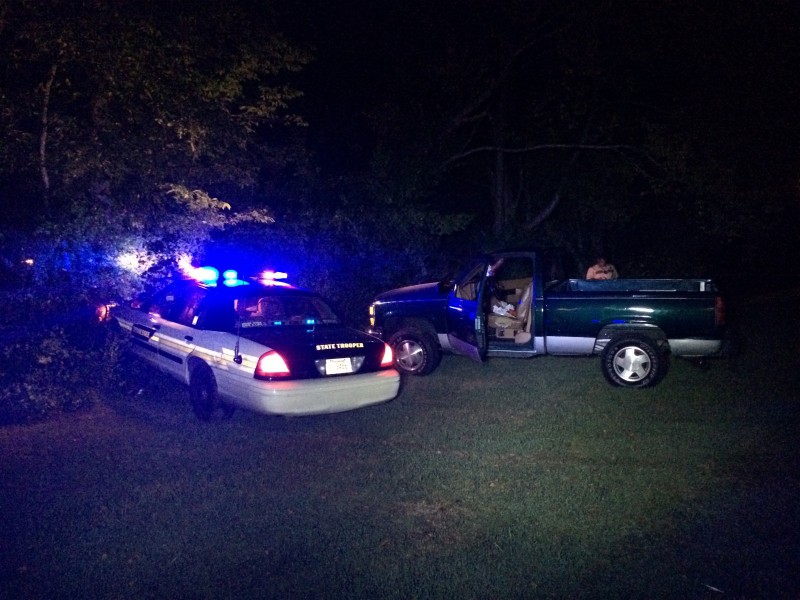 SPRINGFIELD TENNESSEE: (Smokey Barn News) – A routine THP traffic stop turned into a pursuit in Springfield after the driver of a pickup failed to stop. The chase began at Memorial Blvd and Industrial ending between 10th Ave and Carden Circle in a small wooded area adjacent to a field. Exact location of wreck The incident occurred around 10 PM Thursday evening.

Springfield Police assisted the THP in the pursuit after the driver fled on foot but the driver somehow disappeared into the night. There were no injuries reported. Springfield Fire and Robertson County EMS also responded to the scene.