Tune In, “The Depot” To Be Featured On Tennessee Crossroads

SPRINGFIELD TENNESSEE: (Smokey Barn News) – On the heels of being featured prominently in a music video (FULL STORY) the Depot Bar & Grill in Springfield is being featured on the show Tennessee Crossroads.

Tennessee Crossroads, a production of Nashville Public Television, is a very popular show that travels the highways and byways of Tennessee, highlighting the personalities, crafts, places, foods and events that make Tennessee unique.

Given the show’s history, it will likely offer a great peek inside one of Robertson County’s most popular eateries.

If you haven’t been there, the Depot Bar & Grill in Springfield offers top-notch food along with the added fun of real trains whistling by several times an hour.  They are located at 1007 S. Main Street Springfield, TN MAP

The History Behind The Depot…

When Mr. Elliott built his grocery store in his yard in 1922, then known as The Brick Storehouse, who would have known the building would eventually be the home of Springfields premier dining house known now as Depot Bar & Grill.

Doug started in the food service business at 10 years old when his mom and dad opened a restaurant in Arkansas. In the 35 years that have followed, he has been involved in several different restaurant concepts from fast food to fine dining, bringing to the Depot a vast assortment of his own menu creations as well as traditional favorites.

From fine food to great service, the Depot Bar & Grill is your stop for a fabulous dining experience.

The Depot was also featured recently in a country music video by Ingrid Andress. To view the music video –>   CLICK HERE 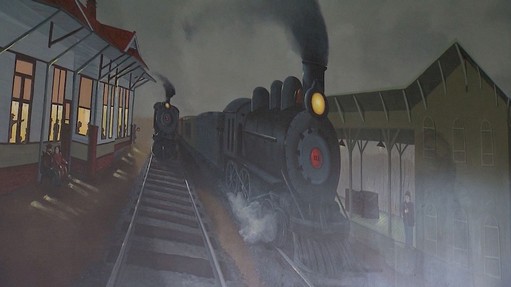