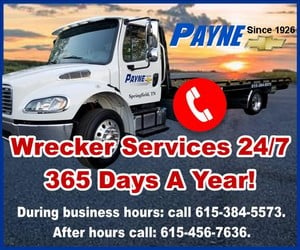 The call about the crash came into 911 around 12:30am Sunday morning. Police say the vehicle was heading North on Bill Jones Industrial Dr. when the driver attempted a right turn onto Kelton Jackson Rd. (Location of crash)

As the vehicle made the right turn onto Kelton Jackson Rd it left the roadway onto the left shoulder and rolled down a shallow embankment landing on a concrete storm drain, according to police.

The location of the crash was directly adjacent to the Springfield Fire Department Station 2.

Police say the driver and one occupant (both males in their 20’s) were wearing safety restraints and both walked away uninjured.

The driver, from Cedar Hill, was taken into custody under the suspicion of DUI.

Including this crash there were two accidents in Springfield early Sunday. The second crash was powerful and sent a Springfield man to the hospital, both accidents less than a mile apart. FULL STORY 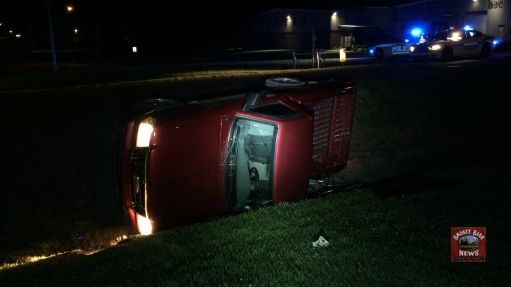 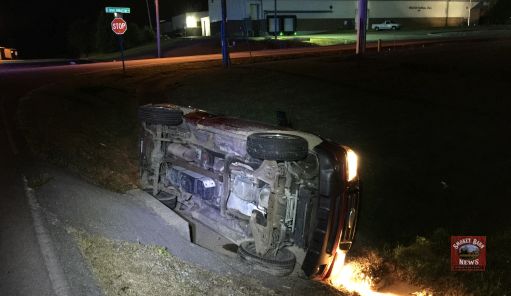