SPRINGFIELD TENNESSEE: (Smokey Barn News) – A 21 year old Springfield man is in the hospital this afternoon following a powerful crash that left his vehicle wrapped around a tree.

Springfield Police were the first to arrive on the scene and found the driver unconscious on the ground next to the vehicle.

The crash occurred on Hillside Drive near and Lakeshore Dr. around 5:am Sunday morning. MAP

Police say the vehicle was attempting to negotiate a curve and left the roadway driving on the grass until impacting a tree. The impact was so hard, the passenger-side front rim and tire tore loose and landed some 30 feet from the crash.

Though the driver (and only occupant in the vehicle) was transported to NorthCrest Medical Center in Springfield, according to Robertson County EMS, his injuries appeared to be non critical.

Springfield Police are in charge of the investigation and have yet to release a cause of the crash.

Including this crash there were two accidents in Springfield early Sunday. The second involved an overturned pickup-tuck, both accidents less than a mile apart. FULL STORY 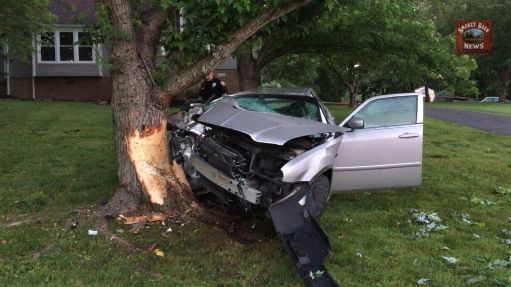 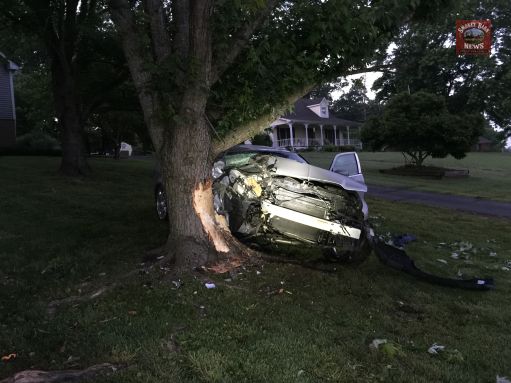 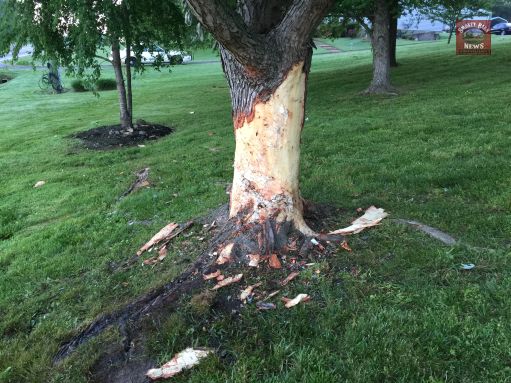 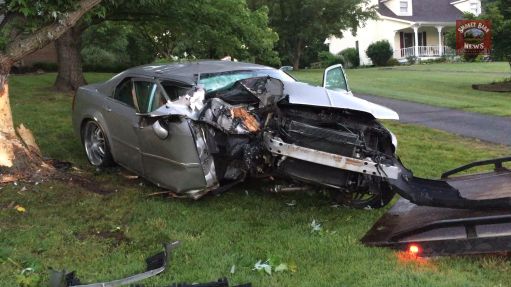 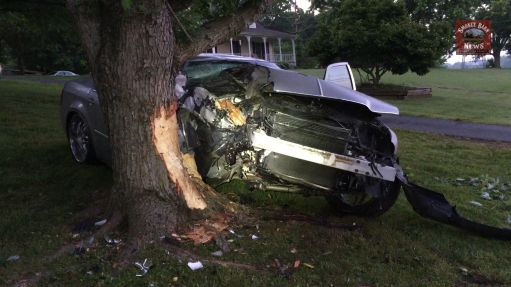 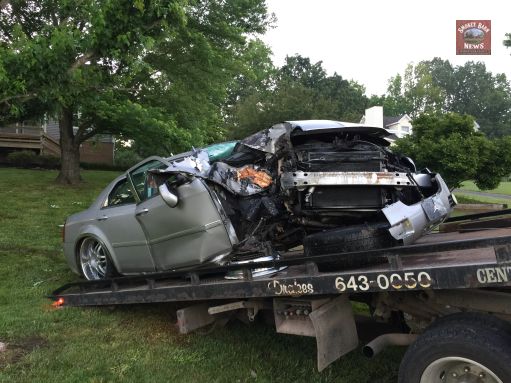