UPDATE: 10/27/17: Smokey Barn News has confirmed with Robertson County officials that murder suspect, Ricardo Lamont Murray, Jr., wanted for his alleged involvement in the shooting death of Jonathan Outlaw earlier this week, has turned himself into authorities in Nashville overnight after Robertson County detectives convinced him to surrender.

Murray, a Tennessee Bureau of Investigation ‘Top 10 Most Wanted’ fugitive, is currently in custody at the Metro Nashville Police Department and will eventually come back to Robertson County on the charges stemming from Tuesday night’s shooting death of Jonathan Outlaw.

“We appreciate the assistance of the TBI for placing him on the Top Ten, and Metro Nashville PD for their assistance in searching for and apprehending him.” Robertson County Sheriff’s Office

On Thursday, authorities took one male juvenile in custody in connection with the murder as well. “He is from Clarksville and is facing the same charges as Ricardo Murray – criminal homicide, aggravated robbery, and theft over $10,000.

“He is from Clarksville and is facing the same charges as Ricardo Murray – criminal homicide, aggravated robbery, and theft over $10,000. The sheriff’s office is still searching for Murray and one other suspect.”

Stay with Smokey Barn News for the latest developments in the story.

After developing leads in the Maxey Road homicide of Jonathan Outlaw, the Robertson County Sheriff’s Office has charged 19 year old Ricardo Lamont Murray, Jr. with Criminal Homicide, Aggravated Robbery, and Theft of Property over $10,000 in connection with last night’s shooting. The sheriff’s office is also searching for Murray’s two accomplices.

Investigators have determined that the suspects had arranged to meet the victim, Mr. Outlaw, at the Sudden Service station after contacting him about purchasing a 2015 Chevrolet Camaro that he had posted for sale on Craigslist. (See ad)

During the meeting, Murray and the other two suspects attempted to steal the car from Mr. Outlaw subsequently shooting him as they fled the scene with the stolen vehicle.

Detectives believe that the Maxey Road location only served as a meeting point for the transaction as the suspects were from Nashville and the victim was from Clarksville. The investigation is still ongoing and more information will be released as it is available.

If anyone has any information, please call the Robertson County Sheriff’s Office Tip Line at 615-382-6600.

“This tragic and vicious crime also serves as a reminder to everyone to use extreme caution when transacting business with strangers through online buy and sell sites.” Robertson County Sheriff’s Office 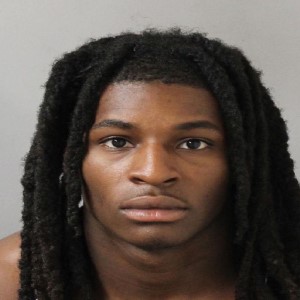 Smokey Barn News has also confirmed that Johnathan Outlaw worked for the Clarksville Police Department from 1997 to 2001 as an officer and from 2001 to 2003 as a civilian employee, according to Clarksville Police Communications Director Richard Stevens.

According to Campus Police at Tennessee State University, Outlaw is a former TSU police officer as well. Smokey Barn News is also reaching to officials in Gallatin to confirm that he was employed by Gallatin Police.

NASHVILLE – The Tennessee Bureau of Investigation has a new addition to the state’s ‘Top 10 Most Wanted’ list: Ricardo Lamont Murray, Jr., of Nashville.

Murray (DOB 2-7-98) is wanted by the Robertson County Sheriff’s Office and the Tennessee Bureau of Investigation to face charges of Homicide, Aggravated Robbery, and Theft resulting from an incident in Cedar Hill on October 24th, during which authorities believe Murray fatally shot a man, Jonathan Outlaw, who was attempting to sell him a vehicle.

Murray is an African-American man who stands 5’8” and weighs approximately 164 pounds. He has black hair, brown eyes, and should be considered armed and dangerous. Anyone with information about Murray’s whereabouts should contact the TBI at 1-800-TBI-FIND. There is a reward of up to $2,500 for information leading to Murray’s arrest.

According to Campus Police at Tennessee State University, Outlaw is a former TSU police officer.

The  gas station  is located at exit 19 off of Hwy 24. (Location of shooting)

A call came in to 911 around 7:24pm that someone had been shot in the chest outside of the station. Outlaw died as a result of three gunshot wounds, officials said.

At this phase in the investigation, detectives are interviewing witnesses and looking at surveillance video.

The shooting was “not a random act” and officials do not believe that the community is in any danger, according to RC Sheriff’s dept. PIO Ryan Martin. LIVE PRESS CON

If anyone has any information regarding this incident or were a witness, please call the tip line for the Robertson County Sheriff’s office at 615-382-6600.

As officials make their way through the investigation we will bring you information as it is made available to us here at www.SmokeyBarn.com.

The two photos below, from our news partners WSMV News 4, are from overnight.  Nashville Police and the Robertson County Sheriff’s Office were taking a hard look at the vehicle that had apparently crashed into a car wash on Murfreesboro Pike. (Exact location of crash) No word from the Robertson County on the vehicle but sources tell Smokey Barn News that the Camaro is connected, at least in some way, to the shooting of Mr. Outlaw.

Refresh this page for continual updates 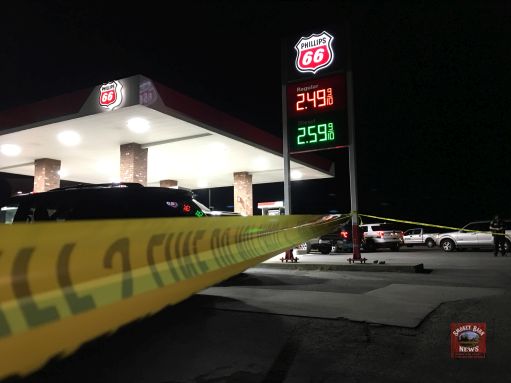 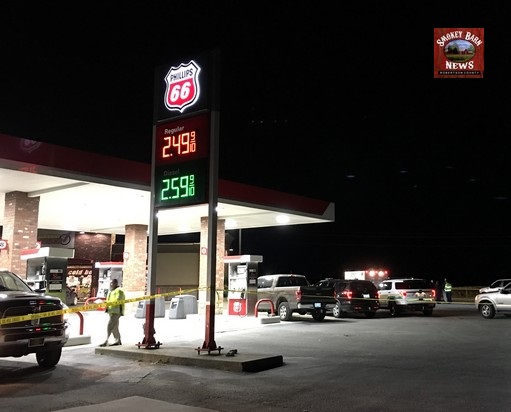