PORTLAND TENNESSEE: (Smokey Barn News) – The Portland TN Police Department is now releasing more information about a plane crash that occurred Tuesday evening at the Portland Airport, including the identities of both victims of the crash. 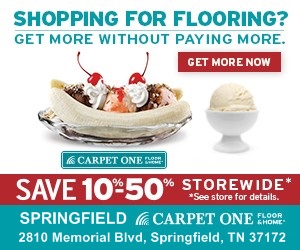 At 7:21pm, the Portland Police, Fire and EMS were notified of the crash. The crash occurred on Airport property in Portland Tennessee. Upon arrival, officers found a small aircraft that had apparently struck a tree upon approach to the airport and crashed short of the runway on Airport property. (Location Of Crash)

Both occupants of the aircraft had been ejected from the aircraft upon impact. Officers and other first responders found that one of the occupants appeared to be deceased.

The deceased individual was later identified as Harold Ray Mckissack, 67. of Hendersonville, TN. The second occupant identified as Raferal Johnson, 33, of Nashville, TN appeared to be suffering from serious possibly life threatening injuries and was transported to Vanderbilt Medical Center via Life Flight.

At Approximately 11:58pm the Portland Police Department was notified that Mr. Johnson had also succumbed to his injuries as a result of the crash.

The Federal Aviation Administration (FAA) and the National Transportation Safety Board (NTSB) were both contacted and have investigators responding to the scene to conduct an investigation into the crash.

After the crash site is mapped, the plane will be moved to AMF Aviation in Springfield Tennessee. AMF has secure investigative facility at the Springfield Robertson County Airport. The facility is frequently utilized by the NTSB and the FAA for the investigation of aircraft crashes.