SPRINGFIELD TENNESSEE: (Smokey Barn News) – A joint investigation between the Robertson County Sheriff’s Office and Springfield Police Department has led to the arrest of 30-year-old Bradley Eugene Baggett of Adams, TN in relation to a trailer theft in the City of Springfield, and a recent burglary in Adams, TN.

On November 1st, 2022, the Robertson County Sheriff’s Office assisted the Springfield Police Department with recovering a stolen trailer in Adams, TN from a theft report in the City of Springfield. The trailer is the property of local Boy Scout Troop 144 Springfield TN and was stolen from the parking lot of Springfield First United Methodist Church located on South Oak St. It was discovered missing on October 25 with the lock cut off of it. The trailer had all of the Boy Scout’s supplies and camping gear. 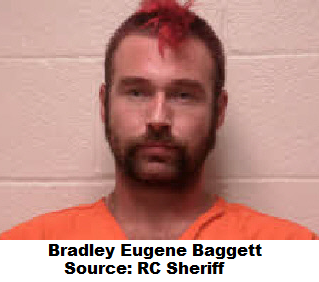 The Sheriff’s Office and Springfield Police Department executed a search warrant at a residence in Adams, TN, and recovered evidence linking Baggett to the trailer theft, and found the property that was reported stolen in a recent burglary in Adams, TN.

Investigators are working to reunite the property with its rightful owner. Baggett is currently held in the Robertson County Detention Facility on the below charges. The trailer was painted as you can see in the photos below.

“None of it would have been possible without the efforts of the Springfield Police and Robertson County Sheriff’s office and we (as a troop) will be forever grateful and thankful for ther efforts.” Rodger Hawkins, Scoutmaster 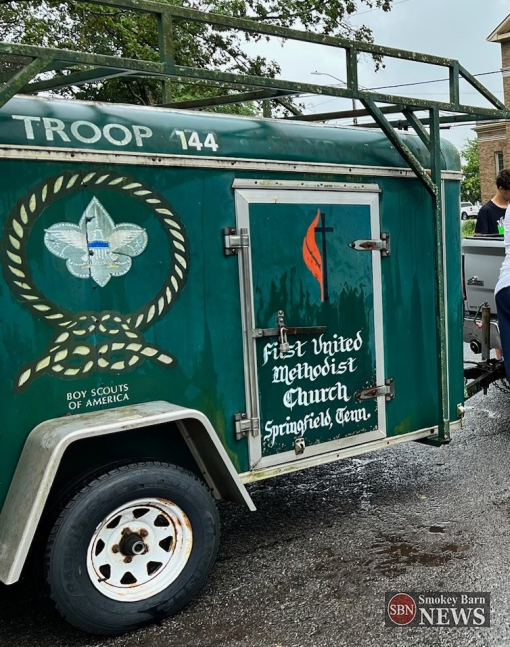 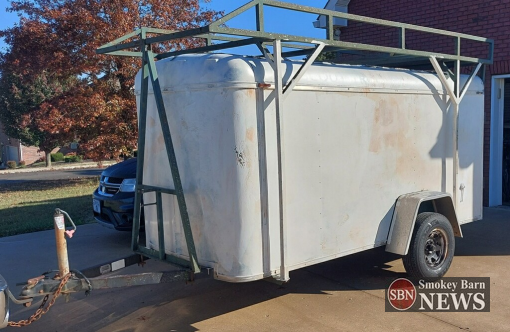 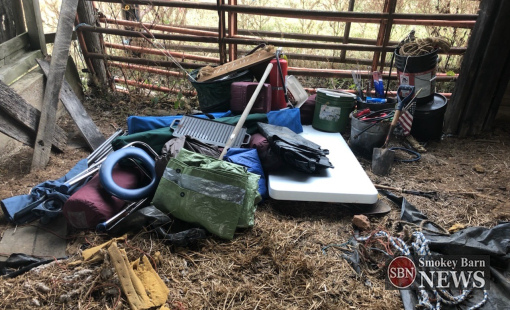 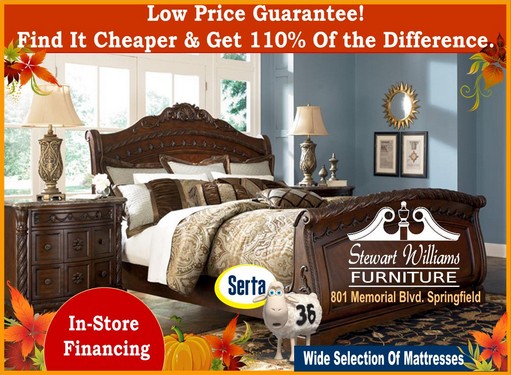