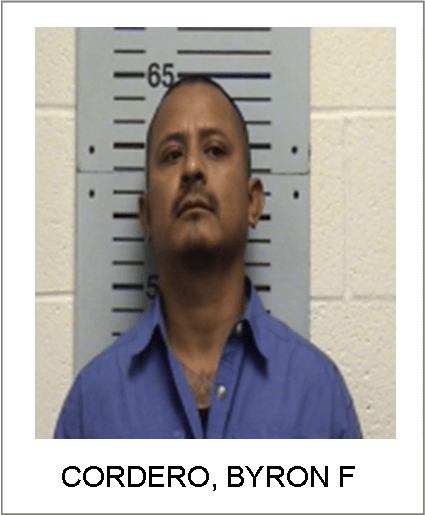 The suspect, Byron Cordero, has been arrested and transported to the Robertson County Detention Facility on charges from Saturday’s incident. Deputies with the Robertson County Sheriff’s Office were dispatched to Palestine Road Saturday morning in reference to a male subject with multiple stab wounds.

The 23-year-old victim, Vazquez Perez, was ultimately transported to Vanderbilt where he remains in stable condition. It is believed that he was traveling in a vehicle with the suspect when an altercation ensued. The altercation resulted in Perez receiving multiple stab wounds. Based on information obtained during the investigation, Cordero was located in Davidson County where he was arrested by the Goodlettsville Police Department.

A 30 year old man was stabbed multiple times and tossed out of a car onto the lawn of a residence on Palestine Rd in Springfield. The victim was able to make it to the door of the home and the residents tried to control the bleeding until medics could arrive. iPhone/iPad users click on top photo(S) to play video http://youtu.be/8E2srtaa2-IAccording to a fire fighter from White house 52, the victim received multiple stab wounds and was transferred to Vanderbilt.  Not sure if any the wounds were life threatening  but the victim will be needing  surgery for internal injuries.

The call was dispatched around 9:48AM Sunday Morning at 4957 Palestine Rd Springfield, Tenn. According to one source there was notable bleeding coming from the victims abdomen. Once they put him in the ambulance they discovered that he had multiple stab wounds to the leg, one to the arm , three to the chest/abdomen area and he was transported via ground to Vanderbilt Medical Center in Nashville.  His vital signs were stable and in normal ranges. It looked like a smaller blade about half inch in width. A  surgical team was on stand by at Vanderbilt to take him to surgery.

“We responded to a call this morning in regards to a subject being stabbed on Palestine Road. The male victim had received multiple stab wounds and was transported for medical treatment. The investigation is continuing. No one is currently in custody. That is all we have to release at this time.” Ryan Martin, Administrative Assistant | Extradition Officer

The home owner also told Smokey that the victim said he knew his attackers.