SPRINGFIELD TENNESSEE: (Smokey Barn News) – Smokey Barn News has confirmed with officials that a woman has been shot in the leg on Pine Circle near the intersection of Central Ave MAP in Springfield.

The victim has been transported to an area hospital and we are waiting for an update from local authorities.

The incident took place around 9 PM Saturday evening. According to Springfield Police, the woman was shot during a drive-by shooting.  No suspects have been identified.

Springfield Police Official Release on the shooting; On Saturday, June 23, 2018 at approximately 8:58 PM, Springfield Police officers were dispatched to Pine Circle in reference to several gunshots being fired.

Upon arrival, officers found that an adult female had been struck in her upper left thigh. Officers also found that several vehicles had been damaged by the gunfire and two small children had minor cuts from the vehicles shattered glass.

The adult victim was transported to Skyline Medical Center and was treated and released. The two children were treated at the scene by Robertson County EMS and released.

The suspect was a Black Male and was last seen leaving the area driving a small black vehicle.

Springfield Police detectives are following up on leads and any additional information concerning this incident will be forthcoming.

If you have any information concerning this incident is encouraged to contact Springfield Police Department at 615-384-8422 or Crime Stoppers at 615-382-3799. 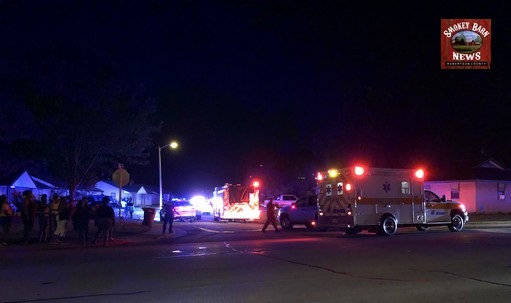