Woman Killed In Wrong-Way, Head-On I24 Crash In Robertson County

The crash was so severe the engine of the Chevrolet Sonic was tossed 150 feet from the crash site according to officials at the scene. After impact the Sonic bounced off the semi and traveled about 100 yards to the center median leaving a trail of debris in it’s wake. The driver, now identified as Lisa Rios, 37 of Oak Grove Kentucky was pronounced dead at the scene. 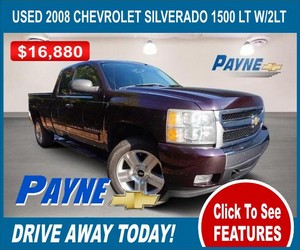 A Montgomery County Ambulance that was transporting a child from Clarksville to Vanderbilt Medical Center in Nashville at the same time struck debris from the crash in the roadway and sustained too much damaged to continue, according to Chief P.J. Duncan with the Pleasant View Volunteer Fire Department.

“An ambulance from Cheatham County responded to the scene to assist in continuing transport of the patient to Nashville, according to Assistant Robertson County EMS Director Russell Gupton.

The accident occurred just before midnight Saturday night at mile marker 22.4 in the East bound lanes in Pleasant View. For reasons unknown, Rios was traveling West in the Eastbound side of I-24 until her vehicle impacted the semi, driven by William Bousman 46 of Clarksville head on. According to the THP, a passenger in the semi, identified as Carol Bushell 43 also of Clarksville sustained undisclosed injuries.

After the THP completed their investigation at the scene, around 1:45am, Springfield Towing arrived to remove the passenger vehicle from the median. It took until 5am Sunday morning to remove all the scattered debris.

After being pronounced dead at the scene by EMS personnel Rios was transported to the forensic center in Nashville for autopsy.

Medical personnel in the Montgomery County EMS unit that struck the debris in the roadway were the first to reach Rios and it was clear there was nothing they could do for her.

According to a police report obtained by Smokey Barn News, the THP has requested a drug and alcohol blood toxicology report.

Rios was wearing her safety belt.

How you can help the family: A GoFundMe account has been set up to raise money  for  funeral services.