According to the police, the woman alleged that the child, a little girl under the age of five, had been left in her care by the mother. The woman told police that after leaving the child with her, the mother never returned or even called about the child. After three weeks with no contact from the mother, the woman called police.

The Tennessee Department of Children’s Services was contacted and a joint investigation began. In an attempt to locate the mother of the child, Cross Plains Police went to a home located on Village Green Dr., in Cross Plains.

An attempt to locate the mother failed, according to police. The child’s grandfather, Jamey Beaty, told police that the mother was not there.

According to Police, while on the scene, the remains of a meth lab were visible in the yard along with some of the ingredients to make meth. The items were located next to a trailer where the mother of the child resides. Beaty was asked about the lab and he denied any involvement, police said.

The Robertson County Emergency Management Agency, Robertson County Sheriff’s Department Narcotics Unit, and the Tennessee Methamphetamine and Pharmaceutical Task Force was called to assist in the lab seizure and clean-up. 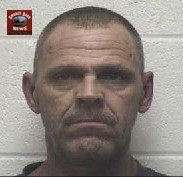 Beaty denied that meth was on the property and consented to a search. Within seconds of searching, 4 individual “gassers”  commonly referred to as generators (or meth labs) were located on the property. Jamey Eric Beaty, 52, of Cross Plains, was taken into custody.

The Tennessee Methamphetamine and Pharmaceutical Task Force responded and disposed of the meth lab. Three of the gassers were inactive but one appeared to still be letting out the toxic gases which told police investigators that the lab was recently in operation. The type of meth lab police found on the property are common in the Cross Plains area, said Cross Plains Police Chief James Yates.  They are called “shake and bake” labs, according to Yates.

Beaty has been charged with Drug Manufacturing/sale/ possession of Schedule II (Meth) Possession Of Drug Paraphernalia, Possession Of Firearms During Dangerous Felony, Schedule I-VII Drug Violations and Reckless Endangerment. His bond was set at $170,000.

Mr. Beaty was taken to the Robertson County Jail and processed while Cross Plains Officers remained on scene until a search warrant was obtained. Mr. Beaty was also cited earlier the same day in Williamson County for possession of meth and drug paraphernalia.

Once a search warrant was obtained, police entered the home of the mother of the child. The mother has yet to be identified by police citing  an ongoing investigation. Ingredients to manufacture meth was found along with drug paraphernalia.

Police are currently searching for the mother. The child is currently in the custody of the State of Tennessee.

Cross Plains investigators told Smokey Barn News Saturday evening that more information will be released after the ongoing investigation has been completed.

According to Cross Plains Police Chief James Yates, his department has seen an extremely high rate of methamphetamine related arrests and overdoses in the area within the last two years. Chief Yates advises anyone with information involving meth labs to contact their local law enforcement.