SPRINGFIELD TENNESSEE: (Smokey Barn News) – In the evening hours of December 30th 2014, Joseph Moss, 37 of Springfield, TN was found dead on the side of the road in Springfield.  Springfield Police Detectives concluded that Moss had been struck by a passing vehicle.

After a year long investigation, Springfield Police have announced a suspect in the case.  Police say that Glenn Gainous, 40, of Springfield has been identified as the alleged driver of the vehicle that struck and killed Moss that night.

Around 4:30pm Tuesday March 22 2016, (yesterday) Gainous was taken into custody at a home on 19th Avenue East in Springfield.

Gainous has been charged with “Leaving the Scene of an Accident with a Death.”

Police say that the investigation is not over and they anticipate additional arrests. Springfield Police Chief David Thompson told Smokey Barn News that his detectives believe that Gainous was not alone in the vehicle that night. “There were three or four people in that vehicle including one female and two or three males, Thompson said” 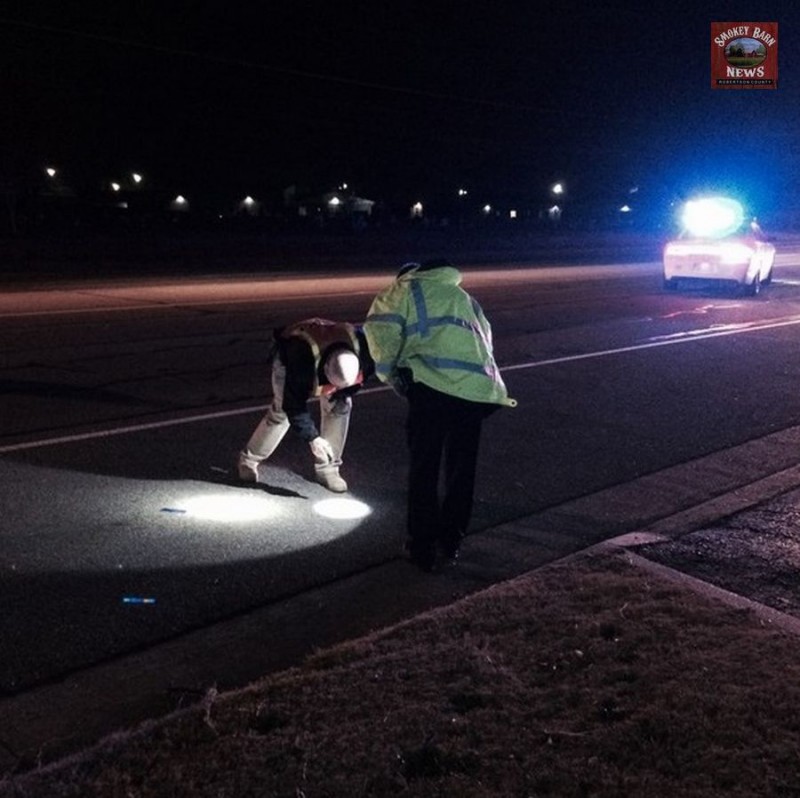 “They were in the vehicle, they observed a felony crime take place, they didn’t contact the police, they didn’t take any other action at that point to administer first aide or do anything. You have an obligation when a crime has been committed but we also look at what they did to facilitate that afterwards, ” Thompson said.

“The District Attorney will be looking to see if there is any more to the case. Was it just an accident, they struck somebody at night and just didn’t stop, or was there more to the story, were they impaired when this took place, those are the types of questions that will be asked.

“They will look at the physical evidence, was Moss in the roadway, was he well off to the side in a parking lane. All those are the types of details that the crash investigators will provide to the D.A. The D.A. will then make the determination as far as how culpable or responsible they are for the crash itself,” Thompson said.

Chief Thompson went on to say “What we have right now is somebody who we believe was driving a vehicle that struck somebody and killed them and did not stop and render assistance as you are required to do.”

As Springfield Police reveal additional suspects and make more arrests, in this case, we will bring it to you. Refresh this page for updates.

A hearing was held on October 14th in which the prosecution and defense presented information. After the information was presented, Circuit Court Judge Jill Bartee dismissed the case citing a lack of evidence.

Police Seek Driver After Hit And Run Fatality In Springfield

SPRINGFIELD TENNESSEE: (Smokey Barn News) – A pedestrian that was struck and killed by a vehicle on Memorial Blvd directly in front of Rod’s Tire & Automotive Service Center located at 4002 Memorial Blvd has been identified.

The victim was not carrying any identification but  Springfield police were able to  identify him as Joseph Moss, 37 of Springfield, TN.

The call came in to 911 around 5:15PM Tuesday evening. Police called in their special crime scene unit to investigate the incident.

Springfield Police are leading the investigation and they stayed at the scene for several hours in the frigid temperatures as investigators went over every detail and piece of evidence. Rod’s Tire was a life saver for police and emergency personnel by offering a place to warm up.

All northbound lanes of Memorial Blvd were closed while officials conducted their investigation.

According to other witnesses, the vehicle that left the scene is described to be a white full size Chevrolet pickup truck or a white extended cab mid-90’s model S-10 with a sliding rear window and damage to the front passenger side. There should be damage to the fender or hood area as well as a missing blinker assembly.

On Monday January 5th Springfield revised their description of the vehicle to a white, full size Chevy Pick Up Truck, possibly mid 90s or possibly 2005 model. There would likely be damage to front fender or hood and a blinker assembly on passenger side…

Responding to the scene was Springfield Police, Robertson County EMS and the Springfield Fire department.

“Joe Moss was one of the most good hearted people you would ever meet, according to Long time friend, Jennifer Woody. “There was not one kid that didn’t love him, and he love kids, he didn’t have any children but I think that’s what he always wanted. My children cried when they heard about his passing this morning.

He loved the Raiders, the Lakers and the Dodgers, Joe was a sports fanatic. There have been so many Sundays and Saturdays at our house just watching ball, that’s what he loved to do.”

“Everybody that knew Joe Moss loved him, being with Joe Moss was kind of like being with the mayor, there’s wasn’t anybody that he didn’t know. To know him was to love him, Jennifer said”

According to Jennifer Woody, Joe Moss went to Springfield High and his mother Donna Joe Moss was a teacher there too.

Joe and his mother were both runners and Jennifer Woody tells us Donna Joe ran in the Boston Marathon. “Joe may have been running last night, he ran because he liked to do it,” Woody said.

Mr. Moss was born April 24, 1977 in Davidson County. He was a member of 1st Baptist Church in Greenbrier and worked in pipeline construction.

The family requested memorial contributions be made to the Greenbrier 1st Baptist Youth Ministry. All donations can be sent c/o Robertson County Funeral Home.

GREENBRIER TENNESSEE: (Smokey Barn News) – A Candlelight Vigil was held for Joe Moss Friday evening February 13, 2015 at the First Baptist Church of Greenbrier. Joe was killed in a hit and run driver in Springfield and Police are still looking for suspects. The message tonight, please don’t forget Joe.