It was a chance to win one million dollars….

((Did Daniel make the $Million Dollar Shot?))
SEE UPDATES BELOW

A Portland man is just one basket away from a $Million dollar net.https://youtu.be/_QUZyO8r1rg

Daniel Hoolihan, an operations manager at Trench Safety and Supply in Portland Tennessee, was watching some basketball trick shot videos on Youtube when an ad came up about a contest. It was a chance to win one million dollars if you could sink a basket from mid-court, backward. 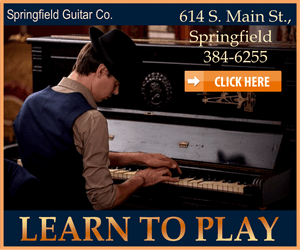 It was a contest put on by Pizza Hut to promote the 20th anniversary of its stuffed-crust pizza. The challenge, make a half-court shot while facing backwards and win $1 million. To enter the contest Daniel first had to answer one question. “Tell us why you want to fly to Indianapolis to take the backwards half court shot for a chance to win one million dollars.” Daniel’s answer, in short, he loves basketball and he loves a good challenge.

Much to Daniel’s surprise he was chosen, Daniel will be one of just four people chosen to take a stab at the million dollar prize, all he has to do is sink one basket in one shot from mid court, backwards. Smokey met up with Daniel at White House Heritage High school, the school opened up one of their basketball courts for Daniel to practice.

After just a few minutes it became clear, Pizza Hut is in trouble, it turns out Daniel loves basketball and he’s a bit of a natural at backward-half-court shots. Our best guess is that Daniel’s chance of making the shot are somewhere between one in ten to twenty. Those are amazing odds for a chance at a million dollars.

As our camera rolled Daniel made about 6 baskets in just 5 minutes. Daniel’s big chance is this Sunday at the opening of the NCAA men’s Final Four weekend (Men’s college Basketball Tournament) in Indianapolis. Be sure to wish Daniel luck and any advice you have on making a backwards-half-court shot!

UPDATE!! Did Daniel make the $million dollar shot? See the video below. We will tell you that Daniel did win one year of free pizza at Pizza Hut! To see if he made the $MILLION dollar shot watch the video below!