If I’m running second and there’s someone in front of me, it’s GAME ON

An older, wiser and more aggressive Bobby Hamilton Jr. is about to hit the track again.

Bobby Hamilton Jr (the son of the late Bobby Hamilton Sr. and local Robertson County Resident) has been out of the professional racing circuit for a few years now, and in that time he’s had the opportunity to figure some things out. 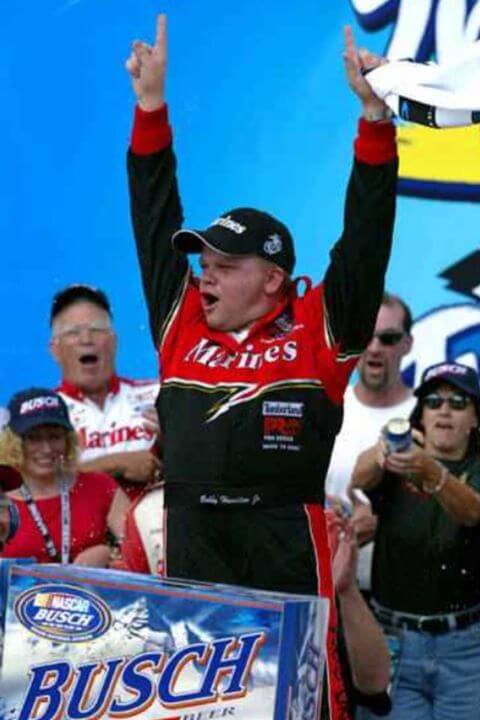 First lets do the technical stuff, Bobby has picked up a new sponsor. Cherokee Charcoal has decided to completely fund Bobby’s racing team. They have had a relationship for a while but this time they’re sponsoring the whole car..

It’s going to be a ground up, Bobby says. “Now its about finding good people and building race cars.” Cherokee Charcoal is treating him right so he will have some good cars as he steps back into the racing circuit. Bobby says he’s farming out some of the builds until they get caught up. He says to be race-ready they’ll need about seven cars to the tune of about $700,000 to $800,000.

ARCA Racing Series is right below NASCAR, their races are televised so we can all enjoy the action on TV. Bobby’s first race will be March 22 in Mobile Alabama, he’s going to be using Dodge Avengers.

Bobby’s been off the racing circuit for about 5 years now, I asked him how it feels to be jumping back in behind the wheel. “Being behind the wheel doesn’t make me nervous, getting back in doesn’t make me nervous, been there done that. What makes me nervous now is (and this may seem silly Bobby says) but my daughter Haylie was a baby when I was running Cup and Truck, so she doesn’t really remember a whole lot about it. Now she’s really into it and she’s excited. I find myself more nervous about her expectations (as he chuckled) I can’t finish 10th or 20th, what would she say?” It was clear to me that Bobby’s not just racing for Cherokee Charcoal, he’s racing for his daughter Haylie too.

“Normally when I raced it was for the money, it was for my career, I had all these different angles, now all that stuff is gone, now Haylie’s expectations seem to be more important, I want to be something she’s proud of.

I asked Bobby what part his late father Bobby Hamilton Sr was playing as he stepped back onto the track. ” I think it was good to step out and learn more about life outside of racing. At one time everything revolved around racing. After being off the circuit for a while I just kind of found life. After we signed the deal with Cherokee Charcoal I felt at ease. I know this is corny but it was almost like he (Bobby Hamilton Sr.) was beside me saying –OK, now, lets get back to business” Bobby went on to say “No matter what the situation was, I was always able to turn back to him and say, what about this, this or this? Of course he hasn’t been here so now I find myself asking, what would he say or what would he think?” 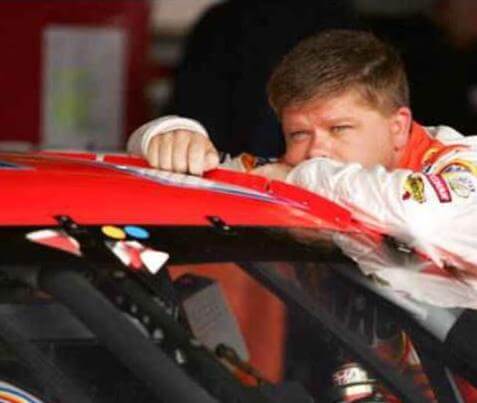 I asked Bobby what kind of a competitor he’s going to be now, what can the other drivers expect from him. If they went head to head with him 4 or 5 years ago, will they notice a difference? “Well, I think the older I get the shorter my temper gets, that’s not good for them. I have gained patience too but its the kind of patience that lets you see your opening and make your move. They’ve always said I was pretty rough or whatever but now it’s all business, its time to go. I feel like this is my last shot, I’ve got things to do, I have things to prove.

If I’m running second and there’s someone in front of me, it’s GAME ON, they should expect the worst. I’m not there to run 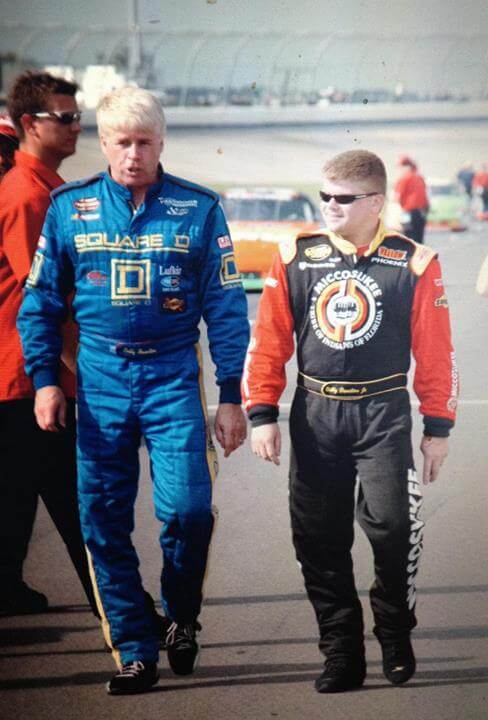 After chatting with Bobby I walked away thinking Bobby’s perhaps a little older, a little wiser and definitely ready to hit the track. I for one am looking forward to seeing the new Bobby in action. How about you?