Dr Scott Jordan of White House Medical Group was at ground zero when both bombs went off. Dr. Jordan talked with Smokey about the ordeal that he and his family went through.    iPhone/iPad users click on photo to play VIDEOhttp://youtu.be/mHvU7fLwhm4 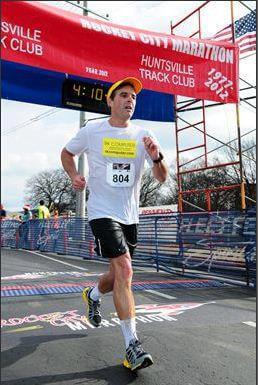 Jim Ball Spoke to Ricky Krisle on the phone from his hotel room the day of the blasts. He said he was about 15 to 45 minutes ahead of the two bombs. He was heading to the train and they said it was closed. Ricky said he thought; “that seems strange with all the runners trying to leave the area”. He said he decided to walk down to the next train station which was away from the race area, he was still unaware what had happened.

As he was walking to the train station a woman next to him told him what happened. He decided to continue on to his hotel. When he arrived at his room and turned on the TV he was shocked at the situation.

I asked how far he was from the blast area, he said he thought he was about 10 miles but he wasn’t that familiar with the area. He said “no one’s getting near the blast area and they’re searching everyone that tries to head that direction.”