Captured: Ralphael Leavell Is In Custody

According to Lieutenant William Watkins with the Springfield Police department, Leavell was taken into custody by the ATF just minutes ago, just after 9:00pm.

According to a source, the ATF and Metro Nashville SWAT received a lead that Leavell  was at his girlfriends apartment in Goodletsville. Upon arrival police searched the home and found Leavell in a closet hidden behind clothing.

The capture comes just hours after the Bureau of Alcohol, Tobacco, Firearms and Explosives (ATF) Nashville Field Division, Springfield Police Department and Crime Stoppers announced a reward for information leading to his arrest. 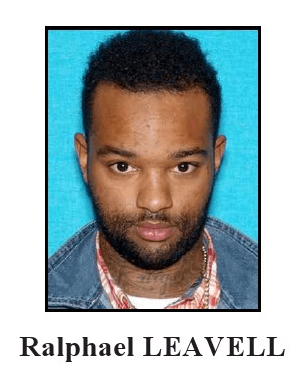 SPRINGFIELD TENNESSEE: (Smokey Barn News) – The Bureau of Alcohol, Tobacco, Firearms and Explosives (ATF) Nashville Field Division, Springfield Police Department and Crime Stoppers announced today up to a $7,500 reward for information leading to the arrest of Ralphael Leavell. Leavell is wanted in connection for the murder of Richard McCreary.

Leavell is charged with one count of the use a firearm during the commission of a violent crime and one count of conspiracy to commit a Hobbs Act robbery. The federal charges are filed with the Middle Judicial District of Tennessee.

On Dec. 22, 2009, the Springfield Police Department responded to a call at a
residence located at 2302 S. Main Street in Springfield. Upon arrival, officers observed an individual deceased on the front porch. The individual was later identified as Richard McCreary.

ATF is the federal agency with jurisdiction for investigating violent crimes. For
more information about ATF go to www.atf.gov.

Ralphael’s brother Quinton Leavell was taken into custody on January 9th 2015 in connection with the murder. Full Story Click Here 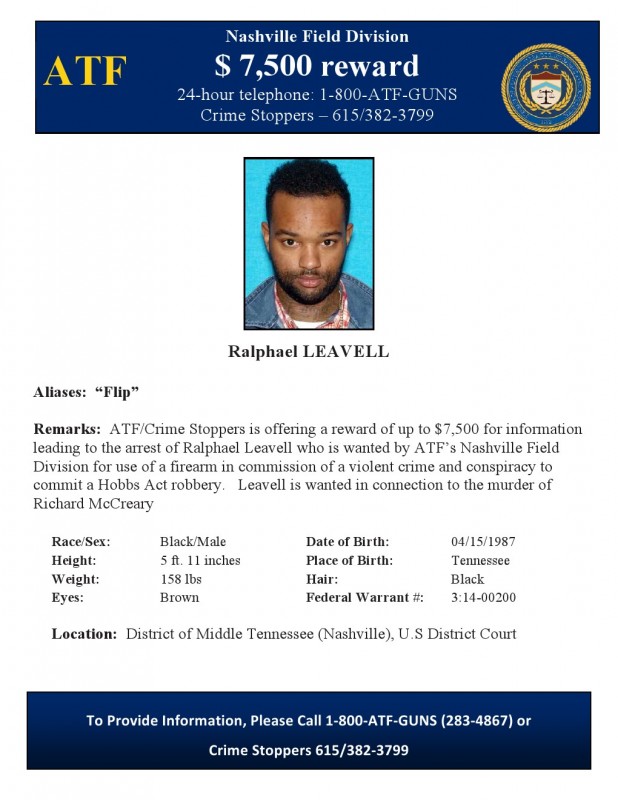