SPRINGFIELD TENNESSEE: (Smokey Barn News) – Kristopher Woods, a primary suspect in the Theft of a Vehicle and Theft of Property over 10, 000 at Twice Daily on June 7th., was arrested on outstanding warrants and is being held in Metro Davidson County Jail.

Around  6 am Thursday morning a man pulled into the parking lot of Twice Daily, located at 3545 Tom Austin Hwy, MAP and stole a white 2009 Chevrolet Silverado with an employee still in the passenger’s side of the truck.

Attached to the truck was a red 14-foot utility trailer that was carrying lawn care equipment.

According to Springfield Police, video footage from Twice Daily shows the subject pull up beside the vehicle in a black Ford F-150, exited that vehicle, and then climbed into the driver’s seat of the white Chevrolet and drive off. There was an employee with the lawn crew sitting in the passenger seat of the Chevrolet.  The employee was forced out of the vehicle.

Detectives with the Springfield Police Department were able to track down the suspect after receiving information on the suspect’s whereabouts.

Springfield Police Detectives and Metro Police set up at a possible location in the Gallatin Road area of Madison. The suspect was taken into custody without incident.

Detectives were able to recover the property and the truck which the Defendant had stolen. Detectives also arrested 2 additional individuals who were connected to this case.

Kristopher Woods will be extradited to Robertson County Detention Center after he finished serving out his charges in Davidson County. 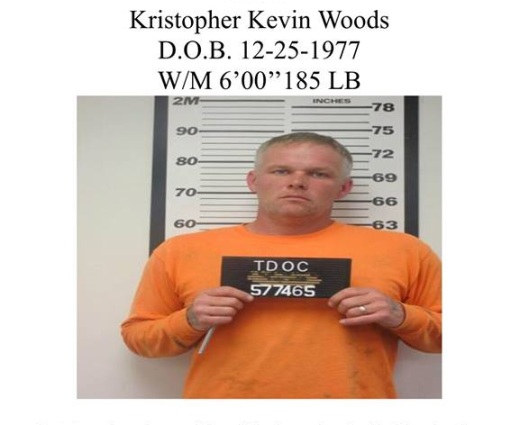