Pleasant View Firefighter Confesses To Sexual Relationship With A Juvenile 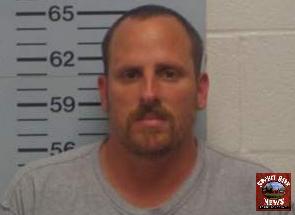 McQuiston confessed and admitted to the sexual contact upon being questioned. During the course of the investigation, detectives were able to determine that a majority of the sexual contact took place at the Pleasant View Volunteer Fire Department where McQuiston was a volunteer firefighter.

McQuiston  was booked into the Robertson County Detention Facility on Monday, September 16 on one count of Aggravated Statutory Rape, and released on $5,000 bond.

PJ Duncan said “We had no knowledge of the situation but the day after the arrest  we contacted two different security companies and received estimates on locking down the facility with a “key card” system. We’ve actually just signed a contract with one of the companies who will be installing this new security system next week. That will allow us to deactivate a card after a firefighter leaves the company. It’s a big expense, just to do that one station, it’s costing us right around $6,000″

The plan is to do all the stations eventually but the other stations have a lot more activity Duncan said. ” I hate that it happened, I hate the world is like it is, but this is something that we are taking very seriously. We’re going to do everything we can to prevent this from ever happening again. I wish I could have prevented this one, I have kids of my own”, Duncan said.

The Pleasant View Volunteer Fire Department is cooperating with authorities during the investigation of a former Volunteer, Joseph McQuiston.

McQuiston is not an active member of the department and has not been active since July 2005. He is not on the roster for the department, and had been dropped due to inactivity years ago.

“We are taking this situation very seriously and are in the process now of evaluating our security system for all stations,” explained Fire Chief PJ Duncan. “When volunteers leave us, it’s hard to get their uniforms and keys back, this situation highlights our vulnerability to this and we are working to find a solution that will improve this system.”