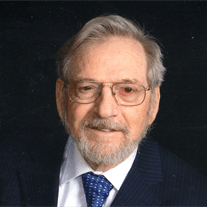 David Joe Kennedy, age 81 of Greenbrier, died Sunday, March 13, 2016 at NorthCrest Medical Center. Funeral services will be conducted Wednesday, March 16, 2016 at 11:00 AM in the Oakhurst Chapel of Robertson County Funeral Home with Dr. Donnie Bryant officiating. Interment will follow in Bellwood Cemetery. The family will receive friends at the funeral home Tuesday from 4 until 8 PM and Wednesday from 10 AM until the hour of service.

Mr. Kennedy was born November 29, 1934 in Montgomery County to the late Harry P. and Lady Mai Chestnut Kennedy. He was a member of Calvary Baptist Church, was a veteran of the United States Air Force, and was a retired electrician, having worked at Union Carbide. He was also a member of Red River Lodge 537 and enjoyed camping. In addition to his parents, he was preceded in death by a great grandchild, Gabriel Lambert.

He is survived by his wife of 61 years, Delma G. Kennedy of Greenbrier; son and daughter-in-law, David E. and Sherry Kennedy of Greenbrier; daughter and son-in-law, Harriette and David Jones of Cross Plains; sister, Sally Newberry of Cedar Hill; 6 grandchildren; and 12 great grandchildren.
The family request if so desired for memorial contributions be made to a charity of your choice 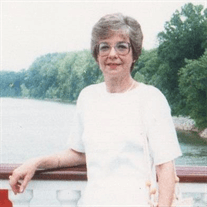 Mrs. Swift was born November 2, 1937 in Robertson County to the late Hewgley and Alma Baggett Jones. She was a retired account manager with Genesco and was a member of Gideon United Methodist Church. Mrs. Swift enjoyed flower gardening and working all types of puzzles. In addition to her parents, she was preceded in death by her husband: James Allen Swift and her sister: Teena White Palmer.

Mrs. Swift is survived by daughters and sons-in-law: Tanya and Rufus Fisher of Greenbrier, Jennifer and Wesley Brooks of Bowling Green, KY, Melissa and Robert Eakes of Goodlettsville, her son and daughter-in-law: James Allen and Sue Swift, Jr., of Woodburn, KY, , brother and sister-in-law: Ted and Jane Jones of Greenbrier, seven grandchildren and two great grandchildren. 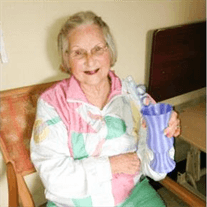 Mrs. Clinard was born September 24, 1925 in Robertson County to the late Jimmie and Irene Plunkett Dickerson. She was a retired seamstress from Acme Boot in Springfield and was a member of North Springfield Baptist Church. Her favorite hobby was sewing. In addition to her parents, she was preceded in death by her husband: J.W. Clinard, and by her sisters: Kathy Robbins, Ann Murphy, Josephine Hewitt, and Sue Morrison. Mrs. Clinard is survived by her sisters: Georgia Dale of Springfield and Peggy Poole of Clarksville, several nieces and nephews. Memorial contributions may be made to the North Springfield Baptist Church building fund. 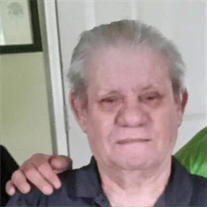 Paul Rudolph Wix, age 77 of Adairville, KY, died Monday, March 7, 2016 at Logan Memorial Hospital in Russellville. Funeral services were conducted Saturday, March 12, 2016 at 1:00 PM at the Dean Funeral Chapel in Adairville with Rev. C.W. Washington officiating. The family received friends Saturday from 11 AM until the hour of service. Following the service Mr. Wix’s remains will be cremated.
Mr. Wix was born September 4, 1938 in Guthrie, KY to the late Horace and Fannie Haley Wix. He retired from pipeline construction, was a member of Pipeline Union 369, and he loved to fish. In addition to his parents, he was preceded in death by a son, Tommy Wix; and his sister, Carolyn Hart. 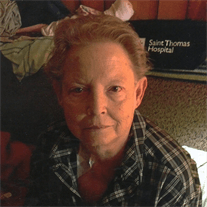 Vanessa Louise Allen Russell, 63, of Cross Plains, died Monday March 7, 2016 at her home. Funeral services were conducted Wednesday March 9th at 11:00 a.m. at the Milldale Chapel with Bro. Roy Lamberth officiating. Interment will follow in the Carr Cemetery with Thomas Collins, Kevin Collins, David Alford, Shawn Alford, AJ Rodrigues, and T.C. Collins serving as pallbearers. The family received friends on Tuesday from 4:00 p.m. until 8:00 p.m. and on Wednesday from 9:00 a.m. until service time at the funeral home.

Mrs. Russell was born June 24, 1952 in Oldham County, KY to the late Deward and Clara Louise Smith Allen. She was a retired machine operator with Wilson Sporting Goods. Mrs. Russell loved going to yard sales and Wal-Mart, and she loved her grandchildren and great grandchildren. In addition to her parents, she was preceded in death by her sister: Patricia Deshea Fawbush.