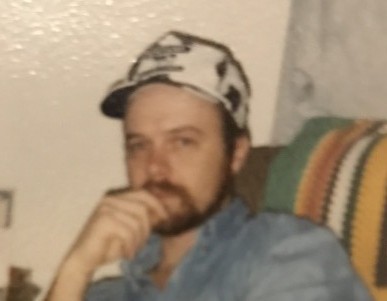 David Russell “Rusty” Jones, age 55 of Springfield, died Thursday, January 24, 2019 at his home. Memorial services will be conducted Saturday, February 2, 2019 at 1:00 PM at Milldale Chapel. The family will receive friends Saturday from 11 AM until the hour of service.

Mr. Jones was born March 13, 1963 in Davidson County to the late James Jones and the late Pat Sturdivant Durham. He was a network technician for Williamson County Schools and he loved to watch sporting events.

The family request, if so desired, for memorial contributions to be made to St. Jude Children’s Hospital. All donations can be sent c/o Robertson County Funeral Home.

Milldale Chapel is in charge of arrangements. 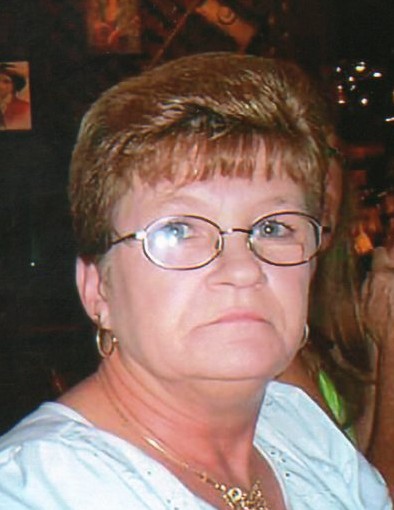 Memorial services will be conducted Saturday, February 2, 2019 at 11:00 AM in the Oakhurst Chapel of Robertson County Funeral Home with Chasity Farmer and James Biggs officiating. The family will receive friends Saturday from 10 AM until the hour of service.

Mrs. Phillips was born June 27, 1955 in Springfield to the late William Brooks “Buster” Adcox, Sr. and Lucinda Elizabeth Biggs Adcox. She was a seamstress and enjoyed dancing and loved to laugh. In addition to her parents, she was preceded in death by a sister, Doris Adcox Biggs. 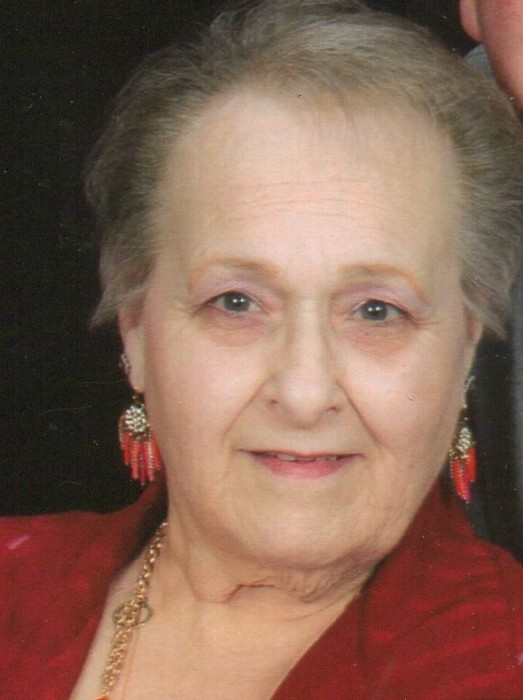 Funeral Mass was conducted Tuesday January 22nd at 10:00 a.m. at Our Lady of Lourdes Catholic Church with Father Anthony Lopez as celebrant. The Knights of Columbus served as pallbearers. The family received friends on Monday from 3:00 p.m. until 7:00 p.m. at the Robertson County Funeral Home. A Rosary service was be conducted Monday at 7:00 p.m. at the funeral home. There will be no visitation on Tuesday prior to the Funeral Mass at 10:00 a.m.

Mrs. Lee was born August 25, 1941 in New Orleans, LA to the late Charles and Thelma Gerchow Tramuta. She was a communicant of Our Lady of Lourdes Catholic Church, where she was also an active member of the Over 50’s group. She was a retired bookkeeper from Our Lady of Lourdes and St. Michael’s Catholic Churches. Mrs. Lee loved quilting, cooking, and was always a devoted and loving wife, mother, and grandmother.

In addition to her parents, she was preceded in death by her brothers: Charles and Joseph Tramuta. Mrs. Lee is survived by her husband of 50 years: Harry R. Lee, Sr., of Springfield, her sons and daughter-in-law: Harry R. Lee, Jr., of Metairie, LA, Keith P. and Nora Lee of Springfield, her sisters: Gail Amacker of LaPlace, LA, JoEllen McCollister and Mary Ellen Calico both of Kenner, LA, and by 4 grandchildren and 2 great grandchildren. 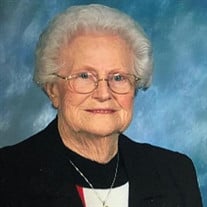 Mrs. Head was born on October 13, 1925 in Montgomery County, TN to the late Laury Martin and Ruby Farmer Albright. She was the former owner of the Ashland City Sunshine Dry Cleaners, Richard Head’s Grocery Store, and helped in all aspects on the family farm. She was a member of the Mt. Carmel United Methodist Church.
In addition to her parents, she is preceded in death by her husband, James Richard Head; daughter, Patricia Head Summitt; son, Kenneth Wayne Head; and grandson, Charles “Chuck” Conroy Head, Jr. 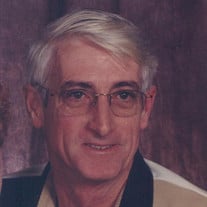 The family will receive friends 1pm to 3pm on Friday, February 1, 2019 at Austin & Bell Funeral Home Greenbrier. A memorial service will follow at 3 pm at the funeral home with Rev. Sean Stansfield officiating.

He was born in Nashville, TN on February 14, 1954 to the late George Seaborn and Mary Ann Davis Seaborn. He was also preceded in death by a son, Brandon Seaborn.

He loved drag racing and working on or anything to do with cars. 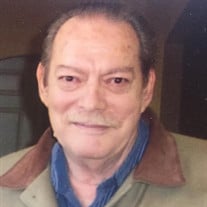 The family will receive friends 10:00 am to 12:00 pm on Friday, January 25, 2019 at Austin & Bell Funeral Home Greenbrier. The Funeral Mass will be at 1:00 pm Friday, January 25th at Our Lady Of Lourdes Catholic Church in Springfield, TN with Father Anthony Lopez officiating. Burial will follow in Calvary Cemetery, Nashville, TN.

He was a member of Our Lady Of Lourdes Catholic Church in Springfield, TN. He worked several jobs through the years including, Springfield Police Dept., driving an Ambulance, painter, Prison Guard and driving for a trucking company. He loved his family and playing a guitar. 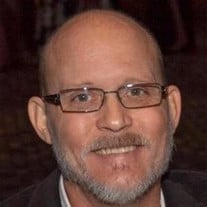 Bruce was born on July 4, 1971 in Greenville, Kentucky to the late Robert and Geraldine Whitaker Williams. He was a general contractor with Wheeler, Inc. and was a Christian.

If so desired, memorial contributions may be made to St. Jude Children’s Hospital and be made in care of Austin & Bell Funeral Home in Pleasant View. 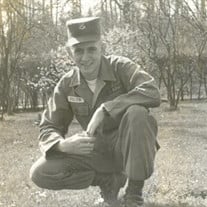 Visitation will be held at the funeral home on Wednesday, January 23, 2019 from 4-8pm and again on Thursday from 11am until the hour of service at 1pm.

Mr. Felts was born April 14, 1938 in Coopertown to the late Arnold and Altha Binkley Felts. He was a veteran of the U.S. Army and worked as a Supervisor at Electrolux for many years.

In addition to his parents Mr. Felts is preceded in death by his brother, James Felts and his sister, Peggy Felts Jackson. 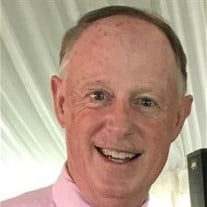 Larry earned a BS from Indiana University and attended the University of Tennessee for postgraduate studies before moving to Nashville where he spent the first half of his career in patient education at Vanderbilt and Westside hospitals. As owner of Turtle Creek Garden Specialties on Bransford Ave. in Nashville (1998-2003), Larry and brother-in-law Chris Hines were regular features at area lawn and garden shows and provided many homes and businesses throughout middle Tennessee and southern Kentucky with fountains and other garden hardscape. Larry began teaching in the Sumner County School System in 2004 and soon thereafter joined Station Camp Middle School where he taught science until his retirement in 2017.

Although living with cancer for years, Larry never let the disease limit him. He continued to live life to the fullest until the end, most recently pursuing his love for travel by visiting the Biltmore at Christmas. Larry will be remembered for his dry wit, love of boardgames, and respect for nature. He enjoyed playing golf and cooking. His gentle demeanor belied a will of steely determination and unyielding courage that enabled him to endure unimaginable suffering while protecting family and friends from pain. Perhaps his most important influence was the unwavering faith he had in others, especially his students, that continues to inspire each of us to believe in ourselves and never give up. 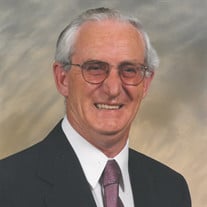 Jimmy Dorris Elliott, age 84, of Springfield, passed away Friday, January 18, 2019 at his home surrounded by his family.

A Graveside Service was held Monday, January 21, 2019 at 2pm in the Lee Cemetery in Coopertown with Brother Jay Ellis and Brother Michael Smith officiating. Burial followed with family and friends serving as pallbearers. The Gideons were Mr. Elliott’s honorary pallbearers.

Visitation was held at the Austin & Bell Funeral Home in Springfield on Monday from 11:30am until 1:30pm.

Mr. Elliott was born November 13, 1934 in Springfield to the late Jerome and Maggie Lee Elliott. He worked at U.M. Publishing until his retirement and was a member of the North Springfield Baptist Church.

If so desired memorial contributions may be made to The Gideons International. Any donations may be sent in c/o Austin & Bell.