Millersville Mayor Steps Down After 10 Years In Office

MILLERSVILLE TENNESSEE: (Smokey Barn News) – After about 10 years as the Mayor of Millersville, Tim Lassiter has decided to step down.

“It was just time to step down,” Lassiter told Smokey Barn News Tuesday evening. “I have some family issues to attend to and I’m very busy with my construction company, Lassiter Construction. I’ve been the Mayor for almost 10 years now, the time is just right. 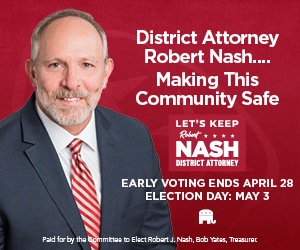 “Stepping down will give me more time to work towards those goals. I appreciate the support of everybody that’s ever voted for me. I appreciate the people that didn’t vote for me. I’ve never lived anywhere other than Millersville and I have nothing but high hopes for the city, I wish it all the best. I’m still going to be around, I’m still going to attend some of the city meetings. If I have something to say I’m going to say it but 10 years is a long time. Being Mayor takes away from other parts of your life.

“I’ve been involved with this city in some capacity since 1984, the year my wife and I got married, it’s just time to step back and take care of some family stuff. There are people that will make whatever they want to make of this, I mean people’s imaginations will run wild but there’s nothing that ever happened in this city or nothing that I’ve ever done in this city I’m ashamed of or afraid to talk about. 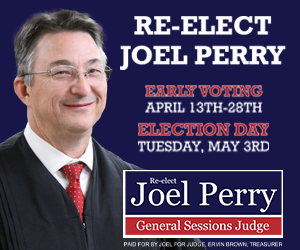 Recently Millersville’s City Manager Steve Collie also announced that he would be stepping down. Collie gave a 45-day notice back in early April.  Back on February 8th Police Chief  Mark Palmer retired after 30 years of community service. (FULL STORY)  Smokey Barn News asked Lassiter if there was any reason to connect the three departures. Lassiter’s short answer was “No, their timing was their own.”

“Steve is a good honest man, the best City manager I’ve ever worked with. He’s worked hard, he’s done nothing but good things for the city. I believe Steve stepped down due to family. I know his family has encouraged him to slow down and I know he has some interests in other areas as well. I don’t think he’s leaving for any other reason other than to slow down a little bit. There’s no hidden agenda.”

Lassiter told Smokey barn News that as far as he can remember, Millersville has faced lawsuits throughout his term. “I don’t get involved in them too much. I talk to the attorneys when I need but I let them deal with that. I know for a fact that a lot of lawsuits that have come through and are coming through are just frivolous lawsuits in my opinion.

“Mark Palmer’s decision to step down was his and his alone. He had enough time in that he could retire and he chose to retire. I have known Palmer since high school. I know him to be nothing but an honest person and very professional.”

Moving forward: “Vice Mayor Keith Bell will step in as Mayor until someone is appointed to fill the role until November and the city is actively searching for a new city manager.  Keith Bell is an attorney and has been with Millersville for eight or nine years. David Gregory, also a commissioner, he’s been there for almost ten years. Tommy Long and Cristina Templet are new but they are very active. I know all of them to be good honest people and they do a great job for the city.”

As far as the city’s Police Chief, the city’s acting Chief, Dustin Carr, was sworn into the role permanently earlier this month. FULL STORY

Below is Millersville’s most recent commission meeting in which Mayor Lassiter makes his official announcement that he will step down. (The brief ceremony occurs at the end of the video) Lassiter’s announcement was clearly no surprise to city officials as they presented him with a plaque and paid their respects and appreciation to a man that has led the city for ten years.