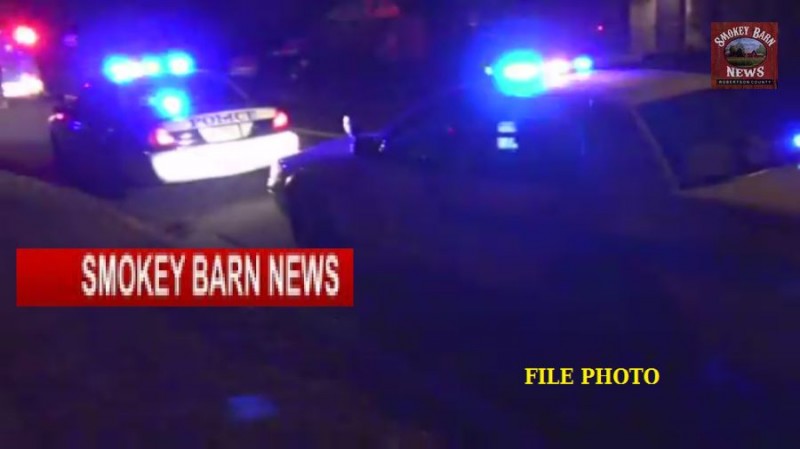 SPRINGFIELD TENNESSEE: (Smokey Barn News) – According to Springfield Police, the Tennessee Highway Patrol, the Robertson County Sheriff’s Office and Cheatham County officials were all in pursuit of a suspect alleged to have fired rounds at a home and a vehicle in Montgomery County.

Officials say the vehicle reached speeds of 90-miles-an-hour as it made it’s way through Robertson County. The pursuit of the vehicle began around 1:am Friday morning. 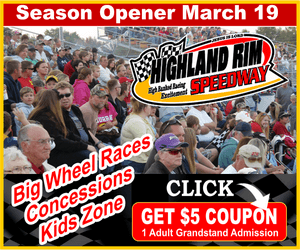 As the vehicle approached the historic district of downtown Springfield on Hwy 49 coming in from Coopertown, Springfield Police were asked by Cheatham County Police to assist in the pursuit by placing spike strips out on the roadway.

Springfield Police set the trap just after 1:30am Friday morning at the intersection of 5th and Hill, they were successful.  The vehicle drove over the spike strips at about 60-miles-an-hour by one estimate. The damage to the vehicles tires reduced the pursuit from a dangerous 90-miles-an-hour down to about 35, officials told Smokey Barn News.

In addition to the spike strips, Springfield Police blocked main roads to reduce the risk to citizens as the vehicle passed through the city.

The vehicle with, two occupants, were able to continue on towards the Cross Plains area on Hwy 25 where they abandoned the vehicle. 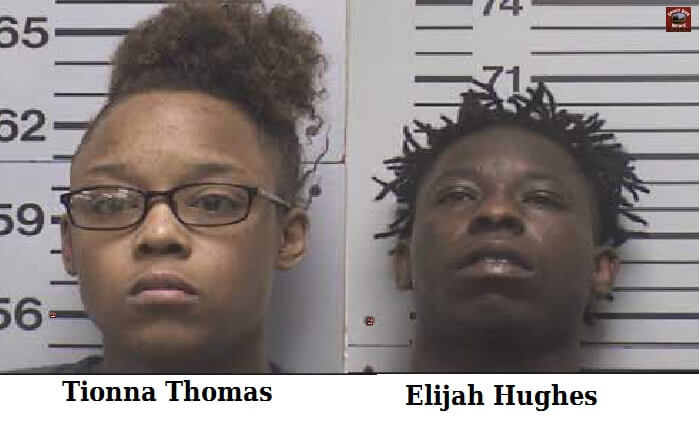 According to the Tennessee Highway Patrol they  were made aware of a vehicle that was being pursued by Clarksville Police following the alleged shooting and they joined the pursuit.

The suspects finally stopped on Hwy 25 near Couts Carr Rd and one of the suspects fled on foot but was later captured by police. He was described as a black male, no shirt, red sweat pants. (Location of search)

The Tennessee Highway patrol called in their air unit to the scene to assist in the search for the subject who fled on foot.

UPDATE: The THP has released the name of the second suspect. Elijah Hughes, 26 of Mississippi was located hiding in a school bus at East Robertson High and taken into custody. There were no children on the bus or at the school.

East Robertson High will operate on their regular schedule.

Hughes is a fugitive from Mississippi, according to the THP. Authorities are still working with Mississippi, and the local District Attorney to formulate what charges Hughes will be facing locally.

Hughes’ has an outstanding warrant from the state of Mississippi for escape and he is a convicted felon in possession of a firearm. Hughes was incarcerated in Mississippi and placed in a halfway house as a condition of his parole. Hughes left the halfway house and did not return. Therefore a warrant was issued, according to the THP.

According to the Robertson County records Hughes is facing charges of Evading Arrest, Aggravated Kidnapping, Drug Manufacturing and Sale, Fugitive From Justice, Possession Of Drug Paraphernalia, Misdemeanor and Felony Reckless Endangerment. His bond has been set at $52,000 that may be increased.

Thomas is facing charges of Driving On Revoked/suspended License, Evading Arrest and Felony Reckless Endangerment, her bond has been set at $27,000.

Throughout the entire ordeal, including the initial shooting and subsequent car chase through Montgomery,  Cheatham, finally ending in Robertson County, no one was injured.

UPDATE:
The Clarksville Police Department released the following timeline of the incident:

At 12:24 am, Clarksville Police Officers responded to a Shots Fired call at the 200 block of Timber Ct. No one was injured, but a vehicle was damaged by the gunshots. The owner of the damaged vehicle said she heard five to six shots. She stated that she saw Tionna Thomas driving a burgundy Trailblazer with other occupants quickly flee the area.

The other agencies involved were Cheatham County, Robertson County, Springfield, and THP. THP, Trooper Young, had the vehicle stopped and immediately took Tionna Thomas into custody.