WHITE HOUSE TENNESSEE: (Smokey Barn News) – The secret is out, (sort of) the city of White House might be getting a Publix. For some reason, no one wants to talk about it openly and the city won’t confirm it but the word on the street is Publix might be the anchor of a new shopping center coming to White House Tennessee.  See drawings and depictions below.

The reason for all the secrecy is unknown but when a city is quiet about a brand name that usually means they’re still dotting the i’s and crossing the t’s. In this economy, things can change in a heartbeat.

Even the White House Chamber is being tight-lipped on the name of the grocery store.  The decision to go forward was made at last night’s planning commission in White House but the name of the grocery store was not mentioned. According to the White House Chamber, the “grocery store” development has been officially approved. Sembler will be the developer of the project which will be located on Highway 76 across from the City Park. The Chamber says you can expect to see dirt moving in the next few months. The new “grocery store” will be the anchor to the new shopping center. They’re calling the new center “White House Shops.”  One way or another this project has been in the works for several years, it just kept getting pushed back until the stars fell into alignment.

“A major grocery store with the additional out-parcels means more employment opportunities for our community and of course, they will also provide more retail choices for our residents,” said Mandy Christenson, White House Chamber CEO. “Anytime we can keep local dollars circulating in the White House area it’s a good thing for our community. We’re confident this addition will also bring shoppers from within the county and neighboring communities that will in turn benefit our existing merchants.”

The photos below show the plat that has been approved and a close-up of the grocery area. There will be access to this development from Highway 76 and Raymond Hirsch Parkway. This is a two-story plan. On the second level, there will be an eat-in area with a balcony,” according to the White House Chamber.

The new center will likely go head to head with Walmart, giving White House residents a choice. If it does turn out to be Publix, according to their website, Publix Super Markets, Inc., commonly known as Publix was founded in 1930 in Winter Haven, Florida, by George W. Jenkins. They are the largest employee-owned company in the United States and are one of the 10 largest-volume supermarket chains in the country with retail sales in 2021 reaching $48 billion. Currently, Publix employs over 240,000 people.

As soon as the city is ready to carve the name of the store in stone, we will bring it to you. What are your thoughts on the new grocery store and shopping center coming to White House? We will look for your comments on Smokey’s FB. 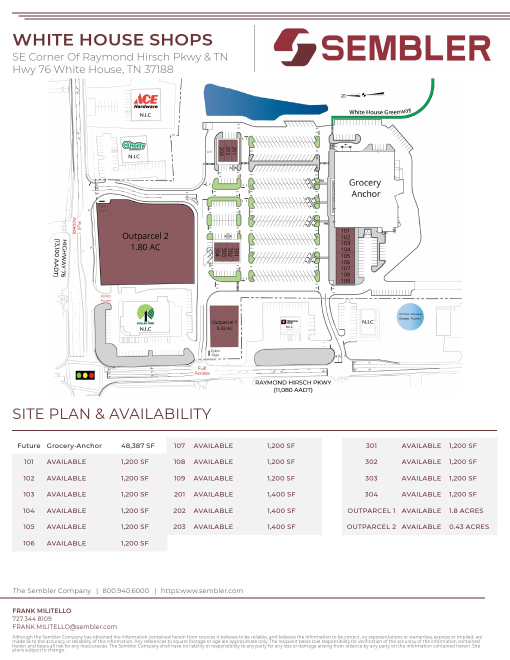 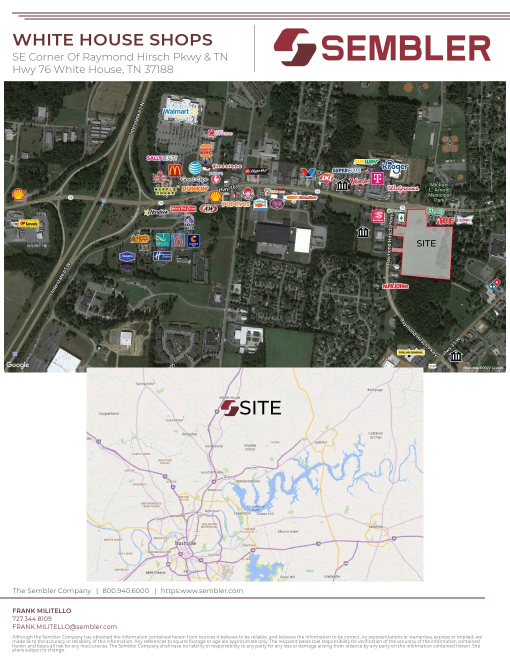 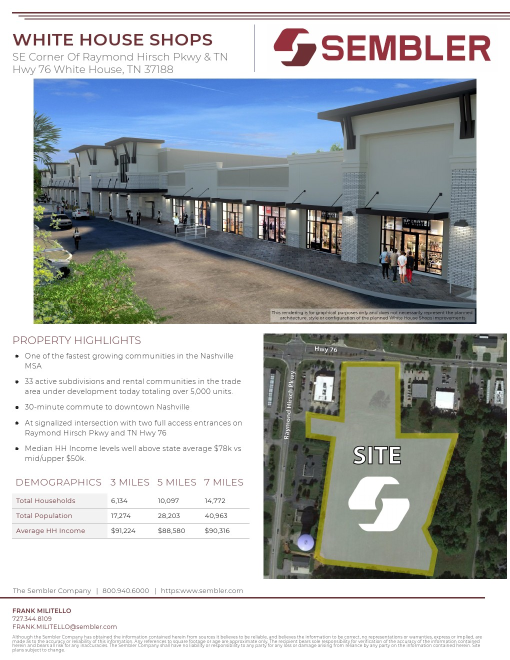