One Injured In Officer-Involved Shooting Near Springfield

Rawls Auto Salvage is located on Kinneys Rd just outside Springfield city limits. The call went out just after 3 pm.

Information concerning the specific details of the shooting has not been released. As soon as more information is released we will bring it to you.

According to Robertson County EMS, a 44-year-old male was life-flighted to Vanderbilt Medical Center in Nashville in critical condition.

The TBI is now releasing more information regarding the officer involved shooting.

At the request of 19th District Attorney General John Carney, TBI special agents are investigating the circumstances leading to the shooting of a man during an interaction with a deputy with the Robertson County Sheriff’s Office Thursday afternoon.

At approximately 3 p.m., a deputy responded to a report of a stolen vehicle in the 4400 block of Kinneys Road in Springfield. During the interaction, the driver is believed to have accelerated toward the deputy, after which the deputy fired his weapon. The driver sped away and continued approximately two miles along Kinneys Road before the deputy initiated a traffic stop and determined the driver had been shot. The driver was transported to a nearby hospital for treatment. The deputy suffered a minor injury in the incident.

TBI agents are working to independently determine the series of events leading to the shooting, as well as gather any and all relevant interviews and evidence. Throughout the process, investigative findings will be shared with the District Attorney General for his further review and consideration. The TBI acts solely as fact-finders in its cases and does not determine where the actions of an officer were justified in these types of matters. That decision rests with the District Attorney General requesting TBI’s involvement.

The identity of the Deputy or the suspect of the suspect’s condition has not been released.

Any available updates on this investigation will be posted online at TBINewsroom.com. 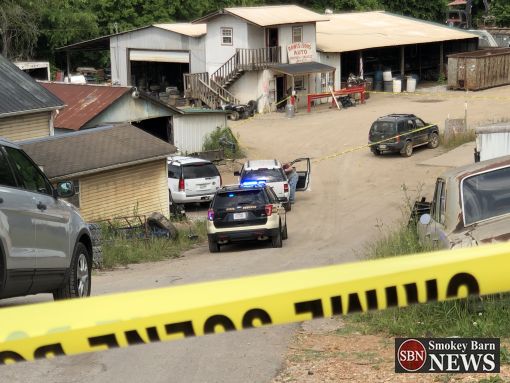