***Smokey Barn News is in constant communication with officials. As more information becomes available it will be posted below. Reload this page for updates.***

UPDATE:  Saturday/11/25/ The Tennessee Highway Patrol is now releasing the names of the victims in the crash. According to the THP, Justin  Webb, 29, of Hendersonville, driving the Kia FSX, died in the crash and Bettye Pedigo, 75, of Cottontown, driving a Chevy TrailBlazer was seriously injured.

The THP is not releasing the name of the second fatality but did indicate that he was a 9-year-old boy from White House riding in the Kia FSX with Justin Webb. According to Trooper Tyler Oliphant with the THP, both were wearing safety belts.

The driver of the third vehicle, Elbert Pedigo, 69, Of Cottontown, driving a Ford F350, was not injured.

The THP is in the early phase of the investigation and has released the mechanics of the crash but not the initial trigger.

UPDATE: Friday evening: The Tennessee Highway Patrol is releasing that a second person has died from injuries they sustained in the crash. The identity of the second fatality and the third victim injured in the crash has not been released.

The T.H.P. also released that there were three vehicles involved in the crash and the investigation is still ongoing.

CROSS PLAINS TENNESSEE: (Smokey Barn News) – Smokey Barn News has confirmed with officials that two lives have been lost in a fatal crash on Highway 25 near Bonnie Ln. in Cross Plains. MAP

Officials said another person was lifefighted but information on their condition was not immediately available.

The crash involved three vehicles in a head-on type collision that occurred after 4 pm, according to officials. 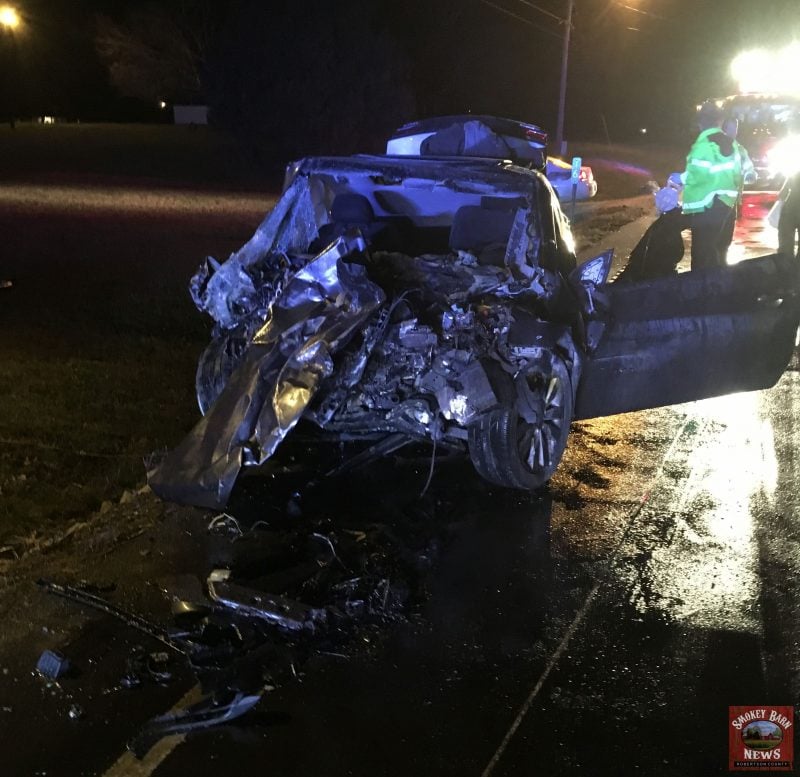 According to officials at the scene, one of the vehicles was occupied by one adult and one child. The adult did not survive the crash and the child, a boy, 8 to 10 years old was lifeflighted to Vanderbilt Medical center in Nashville in critical condition. The driver of the other vehicle, a 75-year-old female, was taken via ground to Vanderbilt Medical Center in critical condition.

According to Cross Plains Fire Chief Tommy Jackson, one of the vehicles caught fire after the crash and several good Samaritans pulled the victims from the burning vehicle.