CEDAR HILL TENNESSEE: (Smokey Barn News) – A fire at a home in Robertson County has triggered an investigation after officials realized this is the third fire at the home since February. 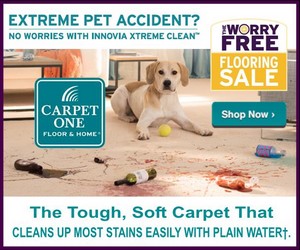 The fire was called into 911 around 11:30 am Tuesday morning. The home is located on W. Wilson Rd just outside Springfield not far from the Robertson County Airport. MAP

According to Fire Chief Chad Gregory with North Robertson Fire & Rescue, the first fire at the home was on February 5th.  In that case, one room of the home was destroyed. Chief Gregory told Smokey Barn News that the homeowner closed the door of the room where the fire started buying firefighters valuable time by cutting off oxygen to the fire.  Firefighters were able to save the rest of the home.

The second fire was on June 15. That fire left the garage of the home destroyed. According to Chief Gregory, the fire in February was caused by a candle and the fire in June was undetermined.

The Robertson County Sheriff’s Office and the State Fire Marshall are currently investigating to determine the cause of the today’s fire that has left the inside of the home heavily damaged by fire, smoke and water.

No injuries were reported in the fire.

As officials make more information available to us we will bring it to you.