The man had been dropped off at Northcrest with multiple gunshot wounds. He had as many as 13 entry and exit wounds and was transported to Vanderbilt Medical Center in Nashville but police say the bullets appear to have missed his vital organs and he is expected to survive. 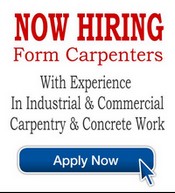 About thirty minutes later police located the crime scene at 306 15th Avenue West near Bessie St.  MAP Police recovered about 6-8 9mm shell casings along with a bullet and multiple areas of blood evidence.

Police say it appears to be a drive by shooting but no one at the scene was willing to provide law enforcement with any information.

Police say that Freeman does not live at the location of the shooting and they do not know why he was there. Police don’t know if Freeman was visiting the home of just walking by, they only know he was shot there.

This is the same location of another violent shooting last July. FULL STORY