SPRINGFIELD TENNESSEE: (Smokey Barn News)- Bessie St and 15th Ave in Springfield was the scene of a violent shooting Saturday night and Police are asking for the community’s help.

The incident started around 7:00 p.m. when two men showed up at NorthCrest Medical Center in Springfield seeking medical treatment for gunshot wounds. One of the men had been shot in the neck and the other in the leg, according to Springfield Police.

Around that same time Springfield Officers were dispatched to the 300 block of 15th Ave in reference to a shooting. On arrival Officers found a vehicle abandoned in a

driveway near the corner of John L Patterson and Bransford St across from the Bransford Community Center. The vehicle had a large amount of blood in it and several bullet holes in the trunk area.

Springfield police told Smokey Barn News that they believe the initial shooting took place at the intersection of Bessie St and 15th Ave. MAP Police say that shots were fired at the vehicle and from the vehicle during what appears to be some kind of a drive-by shooting but who started shooting and why remains unclear. The crime scene stretched for a two block radius. 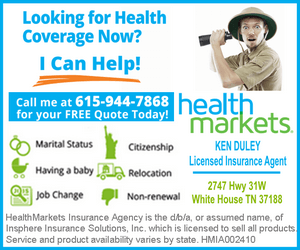 The victims were interviewed by Detectives at the Hospital and were providing some information concerning the events surrounding the shooting.

In their investigation Springfield Detectives learned that there were two other individuals in the car at the time of the shooting. The two victims were sitting on the passenger side of the vehicle, one in the front seat and the other in back, according to Springfield Police Detectives.

Police are looking for the other two men that they believe were in the vehicle in order to interview them about the incident.

Detectives tell Smokey Barn News that, so far, no arrest(s) have been made in the case.

Smokey Barn News is not releasing the names of the two shooting victims because (though police say the two were in the vehicle at the time of the shooting) they are not calling them suspects at this time.

UPDATE: One Down One To Go In Springfield Attempted Murder Case