Springfield Fire officials told Smokey Barn News that the cause of the fire is under
investigation.

The fire started just after midnight and was so intense that it leaped to the homes on both sides making its way into the attic of one of the homes.

The home was unoccupied; neighbors telling us the resident had just moved out a day or two earlier. The home to the right of the main fire suffered relatively minor damage but the home on the left was left uninhabitable.

There were five people in the home on the left including four very young children and one adult, Terrence Claybrooks, a family friend who was looking after the children.

Claybrooks acted quickly and got all of the children out of the home quickly. The fire was so intense that it leaped over to the Claybrooks home and penetrated the attic and at least two lower rooms. The 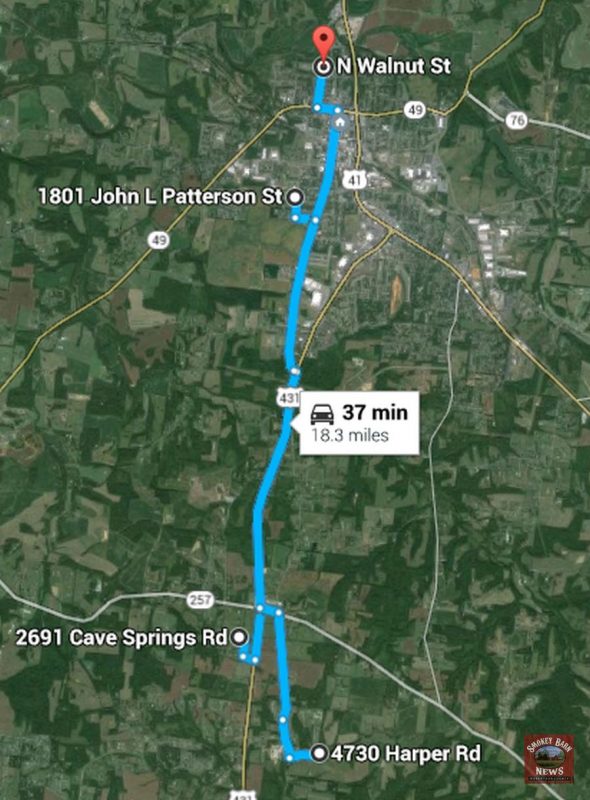 Robertson County Emergency Management Agency is working with the family to find temporary shelter until the home, a rental,  can be repaired. No injuries reported.

It seems unlikely that the four fires have any connection but we noted that the first three fires appeared in a straight line on the map and now this forth fire also lines up. See map (above) that shows the position and proximity of the four fires to each other. To go interactive on Google-Maps click on the image.