After three days of searching what’s next

After three days of searching with divers, dogs, helicopters and boats, what’s next in the search for Charles Gourley. Gourley went missing on Saturday while boating with his fiance and he has not been seen since. Smokey met with officials Monday to find out how the search is going and what’s next. http://youtu.be/CzCfc_bwRb8

A man and a woman were canoeing on the Red River Saturday when their canoe overturned shortly after noon. The Portland woman said she lost sight of the man after he fell out of the boat and he has not been seen since. http://youtu.be/nNIhyUquFOs

Officials with the Tennessee Wildlife Resources Agency (T.W.R.A) are in charge if investigating the accident and they have released the name of the missing man.  Charles Keith Gourley, 32, of Portland was boating with his fiance, Lacy Henson, 29, also of Portland, according to Doug Markham, public information officer for the Tennessee Wildlife Resources Agency.

Crews from Adams fire and EMA are currently searching for the man believed to be in his early 30’s. The search is about to be turned over to the Robertson County Sheriff’s Dept. The Tennessee Highway Patrol will also be assisting with a helicopter in the search efforts for the missing man. Officials are planning to drag the river as of 3:30pm this afternoon.

The location that the canoe over turned can bee seen on this Google Map.

Crews resumed searching for the missing boater Charles Gourley early Sunday morning but as of 10:00AM there is no change in the situation. The process of search and recovery at this point is very labor intensive and as Smokey indicated in our video report above, the cold temperature of the water will slow the recovery process.

Officials said it could be hours, days or weeks, there’s just know way to know. We also know that the couple was familiar with river boating but chose not to where life-vests.  According to Doug Markham, public information officer for the Tennessee Wildlife Resources Agency, part of the process of investigating an accident is to look for ways to improve safety for boaters in the future, many boating deaths can be avoided if boaters would utilize life-vests.

We have heard some speculation on whether alcohol played a factor in this accident and we did ask Markham if that was a factor here. He said, “We are not ruling it in or out at this point. There is just no real way to know until a toxicology report can be done. Everything outside of an actual blood test would be merely speculative.”

One can only guess what the family is going through. There is nothing they can do but wait and hope for a miracle but as more and more time goes by a miracle seems less and less likely.

Smokey is continuing to follow this story and we will bring you new developments as soon as they become available. 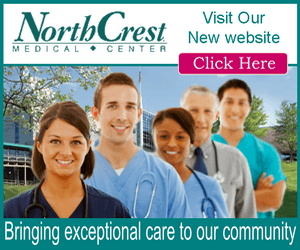 Day two has now come and gone with no change in the situation, the man has still not been located.  Doug Markham, public information officer for the Tennessee Wildlife Resources Agency, said without looking at hard numbers it seemed a little unusual that the body has not been located so far. “Normally in a larger body of water we would expect it to take a few days but in a smaller situation like we have here it’s a little unusual that we haven’t found him yet.”

Search efforts have again been called off for the day and will resume tomorrow. Crews have been using numerous methods to locate the body including sonar, Markham said.

For the family the pain of waiting must be unbearable.

Day three and still no sign of Charles Gourley, even with an estimated 56 people involved in the search, according to Robertson County Emergency Management Agency director R.L. Douglas. Cadaver dogs (which can locate a body even under water) were also used to try and locate the man.  With all the personnel, time and equipment, along with the shallow nature of that part of the river, T.W.R.A at the scene are again saying that it’s a little unusual that he has not been located.