Robertson County Fugitive Captured After 11 Years on the Run

ROBERTSON COUNTY TENNESSEE: (Smokey Barn News) – An investigation by Special Agents with the Tennessee Bureau of Investigation and the coordinated intelligence efforts from multiple agencies has resulted in the arrest of a fugitive who has eluded capture for over a decade.

In November 2005, detectives with the Springfield Police Department obtained warrants charging a man, who used the false identity of Joe Anthony Mercado Ortiz, 35, of Hayti MO, 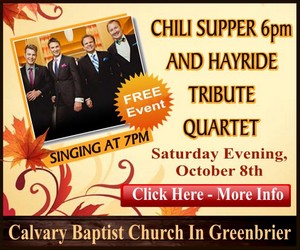 with 4 counts of Child Rape and 5 counts of Aggravated Sexual Battery. Ortiz was arrested on November 15, 2005, and was released after posting a $125,000 bond. One week later, Ortiz failed to appear in court at his appointed time, and a warrant for Failure to Appear was issued for him.

On September 27, 2016, coordinated efforts by TBI Special Agents, intelligence analysts with the TBI, FBI, the Springfield Police Department, the Robertson County Sheriff’s Office, the TBI and Nashville’s FBI Violent Crimes Task Force, resulted in the development of information that the man known as Joe Ortiz may be in Missouri. TBI Agents went to Missouri and worked with authorities there in obtaining information that Ortiz may be in Hayti, Missouri, with a woman believed to have fled from Tennessee with him in 2005.

On Friday, officers with the Hayti Police Department located and arrested the man
known as Joe Anthony Mercado Ortiz, at the Budget Inn at 941 State Highway J in Hayti, Missouri. (MAP Location of hotel) The subject’s real identity is still unknown, but officers were able to identify him based on tattoos taken at the time of arrest. He

was booked in the Pemiscot Sheriff’s Office in Pemiscot County, Missouri, while awaiting extradition to Tennessee.

UPDATE: October  13, 2016. Ortiz has arrived in Tennessee and was booked into the Robertson County detention facility in Springfield on Wednesday October 12. His bond has been set at $500,000. Ortiz is due to appear in court on November 21.