Senator Roberts Attacked By Dog During Bike Ride With Wife 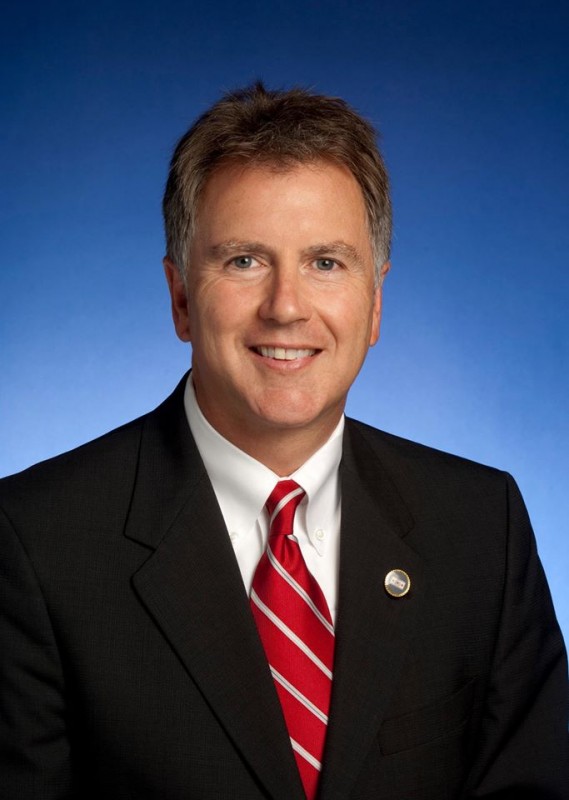 SPRINGFIELD TENNESSEE (Smokey Barn News) – State Senator Kerry Roberts was the victim of a vicious dog attack on Youngville Rd on Wednesday. The attack sent the Senator to the Hospital where he received about 12 stitches.

As you can see from the photo taken shortly after the attack, the injury is serious. Smokey Barn News spoke to the senator on the phone Thursday about the attack, his account is chilling,

Senator Roberts is no stranger to barking dogs with big teeth, as an avid bicyclist with over 40 years of riding under his belt he has seen his fair share but an experience with a dog on Wednesday will  likely change the way he sees dogs on the road for some time.

It started out like any other ride, he and his wife Dianne tossed the bikes in the back of the pickup and headed for the country. “We like the area between Hwy 49 and 431 by the Kentucky line, Roberts said.  The weather was perfect and the temperature was great, so after parking in a church parking lot they headed out for a nice ride.

As the Roberts headed up Youngville Rd they encountered several dogs. “It looked like about five dogs,” Roberts said. We have a routine when a dog is coming up, Dianne goes ahead and I drop back a little to deal with it.  Most of the time if you say ‘no’ to a dog or spray them with a water bottle that’s good enough, not this time.

“When it was clear that the large dog was charging, and I knew I couldn’t get away from him, I stopped so he would go after me and not my wife Dianne, Roberts said”

“I have never seen a dog that aggressive towards me before but I knew if I could get the bike between me and him I would be OK. That’s an old trick, pretty much works every time, it’s a great tactic to employ. The bike acts like a fence between you and the dog,” Roberts said.

Roberts uses clip-less pedals, they attach to the bottom of your shoe. “As I maneuvered to get the bike in between me and the dog, it lunged, I didn’t have time to get my foot free of the pedal.” With a grip on Roberts leg the dog tried to pull him off the bike, Roberts said..  “I tried using my wheel to get him off, I tried spraying him with the water bottle, I even threw the water bottle at him but he would not let go of my leg,” Roberts said.

Luckily for the Senator a pickup truck with a loud exhaust pulled up and distracted the dog enough to get him to release his grip on the Senator’s leg. “The driver was able to get in between me and the dog,” Robert’s said.

“The driver was very gracious and let me and my wife put our bikes in his truck and drove us back to our vehicle. Then Dianne drove me straight to NorthCrest Medical Center in Springfield. “NorthCrest did a wonderful job I am very thankful to them,” Roberts said.

The dog’s shots were up to date but the dog will still be under quarantine at the owners home for ten days to watch for rabies. According to Animal Control Officials the dog (a mixed breed) was on an electronic leash but it appears that the battery may have gone dead.

“The dog was so vicious we called animal control immediately, we were worried someone else might become a victim or a child,” Roberts said.

Roberts told Smokey Barn News that in his experience this attack was very unusual, normally if you stop and confront a dog with a strong voice, it will stop. Roberts seemed to take the incident in stride and even laughed about it a little with us on the phone.

Roberts said the incident has not affected his love for riding and as soon as his leg heals up he’ll be at it again.

The Robertson County Sheriff’s Office is looking into the incident.