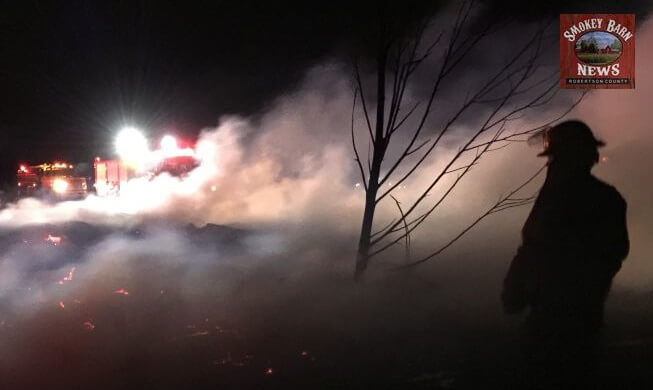 The barn is located on Highway 49 at the Highway 49/25 split which resides near the halfway point between Springfield and Cross Plains.  (Location of fire)

According to Cross Plains Fire Chief Tommy Jackson, the fire is being labeled as suspicious because there was no electrical hook up to the barn and the cause of the fire is still unknown.