SPRINGFIELD TENNESSEE: (Smokey Barn News) – After hearing about the tornado and storm damages in Kentucky, Springfield Parks & Recreation Director Terry Martin wondered if the storms had affected anyone in Tennessee. He soon learned Dresden, TN, with a population of 3,500, lost 140 homes, their fire department, and other Main Street structures during the tornado.

The Springfield Parks & Recreation Department wanted to do something to help Dresden and decided to collect donations for Dresden’s tornado relief fund during the city’s free drive-through light display, Winter Wonderland. Donations were collected nightly from December 16 through December 23. 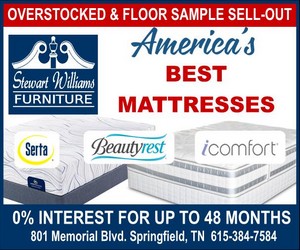 “We came up with a goal to collect $8,000, but the community showed up and showed out by giving well over the goal,” said Terry Martin, Springfield Parks and Recreation Director. “We are proud to be able to make such a generous donation on everyone’s behalf.”

When it was all said and done, Robertson Countians had donated $18,064 for the city of Dresden.

“Terry Martin has a heart of gold. He is always thinking about how to help others. Thanks to everyone who donated to the tornado victims in Dresden during Winter Wonderland. Our citizens always step up to help people in need.” Springfield Mayor Ann Schneider

The check was delivered to the Dresden, TN Rotary Club tornado relief fund to provide victims with blankets, pillows, new clothing, socks, pajamas, and to aid those who had little to no homeowner’s or renters’ insurance.

“We told the folks in Dresden when delivering the check that one thing is for sure – your neighbors care about you,” said City Manager Ryan Martin. “This was evident by the overwhelming response to the donation collections. The people in Dresden were very appreciative of the generosity of our community.” 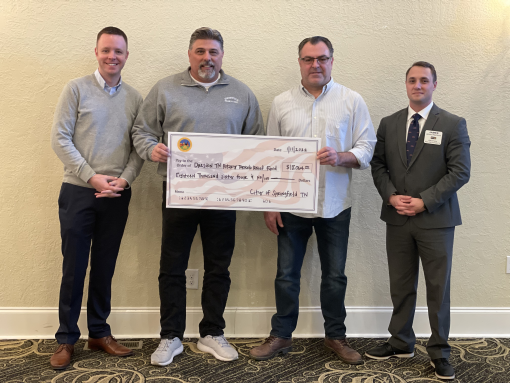