Around 9:05 am, Deputies responded to Shun Pike in Cottontown for a report of a shooting. Deputies arrived to find that an adult male had been shot in the face while outside of that location. Deputies and Sumner County EMS rendered aid, and the victim was transported from the scene by LifeFlight.

According to the Sumner County Sheriff’s Office, witnesses at the scene described and identified Dontarius Long, age 25 of Springfield, as having been the shooter. Mr. Long was reported to have fled the scene on foot along with a female juvenile. Witnesses stated that Long and the juvenile were last seen running toward Hwy. 76.

Deputies set a perimeter in the Pond Rd. area after possible sightings of the pair. The female juvenile, a 17-year-old from Springfield, was found walking down a driveway near Hwy. 25 and was taken into custody without incident, according to the Sumner County Sheriff’s Office.

The Tennessee Highway Patrol’s aviation unit responded to the scene to assist with the search and spotted Mr. Long lying on the ground. Deputies were directed to Mr. Long’s location and found him deceased from an apparent self-inflicted gunshot wound.

The 24-year-old victim is currently undergoing surgery at a Nashville hospital.

The female juvenile has been released to her guardian.

The names of the shooting victim and the minor female will not be released.

According to the Sumner County Sheriff’s Office, the ongoing investigation suggests that this incident began over previous relationship issues.

The thoughts and prayers of the Smokey Barn News staff go out to everyone involved. 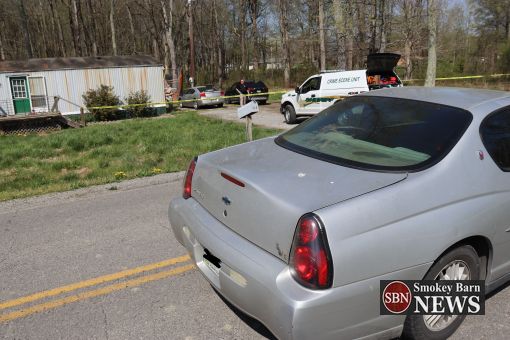