Storms Rolling In & Tornado Watch Is In Effect Until 3am

The national weather service has issued a tornado watch in effect until 3 am cdt Thursday for Robertson County and surrounding counties in middle Tennessee. 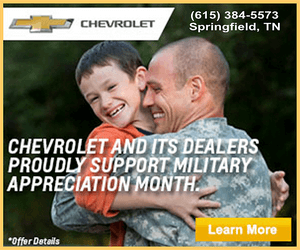 .. Severe thunderstorms expected to move into middle Tennessee tonight… A thunderstorm complex is expected to develop across southern Kentucky and push into middle Tennessee this evening and move southward across the mid state for the remainder of the evening hours eventually pushing south of the mid state during the early morning hours on Thursday.

Within this thunderstorm complex strong to severe thunderstorms are expected to develop… With main threats being damaging straight line winds. However… Hail and isolated tornadoes can also not be ruled out.

Some of these thunderstorms could also produce brief heavy rainfall with flash flooding being possible in some locations as these storms move slowly across the mid state.

The best potential for strong to severe thunderstorms will be between Midnight and 5am.