Students Travel Abroad… How Your Teen Can Participate 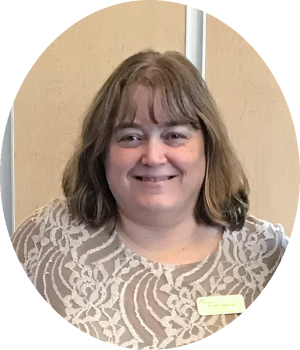 ROBERTSON COUNTY TENNESSEE: (Smokey Barn News) – This past July, forty-one Springfield and White House Heritage High School students, parents, and teachers took off for a trip of a lifetime. They spent 13 days exploring 5 countries in Europe. The group visited Germany, Austria, Switzerland, Italy and France and it was not only a trip of a lifetime, but also an educational journey for all the students and eleven adults that attended.

After a 7+ hour overnight flight, they landed in Frankfurt, Germany and made their way to Rothenberg, Germany. While in Germany, the group enjoyed tasting different food items, such as Schnee ball and schnitzel. They visited Neuschwanstein Castle and took a bike tour through Munich. While in Munich they toured the Dachau Concentration Camp, Munich Residenz and the BMW factory. The bone-chilling views in Dachau of the gas chambers, living conditions and crematoriums really brought home a graphic history lesson. 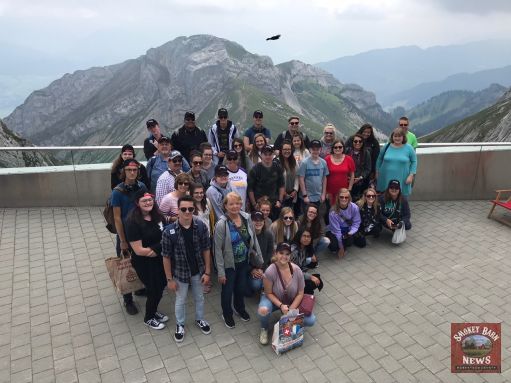 The group traveled by way of Innsbruck, Austria to Lake Garda, Italy and enjoyed the scenery of the beautiful mountains along the way. Lake Garda is the largest lake in Italy and is known for its crystal-clear water. In Venice, Italy the group visited the Doge’s Palace and took a gondola ride on the Grand Canal. The group even got a view of Juliet’s Balcony and visited St. Marks Basilica.

While in Switzerland, they took the steepest cog railway in the world up to the top of Mount Pilatus in the Swiss Alps. Mount Pilatus is 7000 feet above sea level. At the top, they experienced the views of quaint villages and fields of Switzerland with cows grazing the land. Members of the group took a tram and toboggan ride down the mountain. After a boat ride across Lake Lucerne, the members visited the Heidelberg Castle, its famous wine barrel (largest in the world) and Lion of Lucerne monument. The Lion Monument in Lucerne is a rock relief to commemorate the Swiss Guards who were massacred during the French Revolution in 1792. 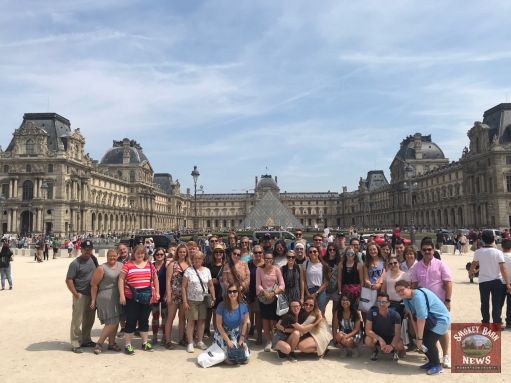 The last few days of their excursion took them by bullet train traveling in excess of 180 miles per hour from Strasbourg, France to Paris, France. The group experienced the celebrations across France for Bastille Day on July 14th. Bastille Day is the French National holiday celebrated every July 14th as a symbol of the French Revolution and unity amongst the French. On their guided tour of Paris, they visited the Notre Dame Cathedral, Place de la Concorde, Louvre and the famous Eiffel Tower. Security was very tight around the Eiffel Tower due to France and Croatia playing in the FIFA World Cup on Sunday, July 15, 2018. France won the World Cup that evening. The group watched as the celebrations began in the streets of Paris and will be something they never forget. 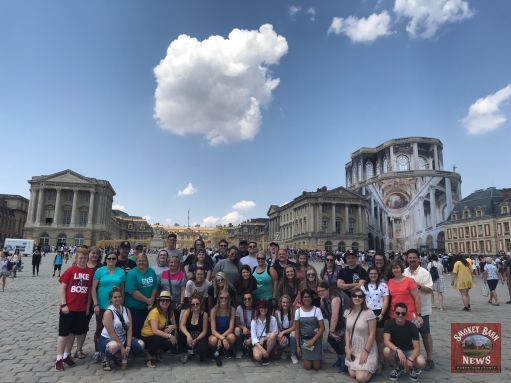 On the last full day, the group went to the top of the Montparnasse Tower, which is the tallest building in Paris, to see breathtaking views of the city. After a full day of sightseeing, the group took the Seine River cruise around the city. They experienced the beauty of Eiffel Tower at night. Every night starting at dusk, the tower lights up with a golden glow and sparkles for 5 minutes every hour. It was the perfect ending to a trip of a lifetime.

If you would like to find out more about educational tours for high school students in Robertson County, email [email protected] Current trips with openings include Australia in June 2019, Spain & Portugal in June 2019 and Italy & Greece in June 2020.